Taylor Swift: ‘I Don’t Know How To Keep A Bad Boy [Harry Styles]’ 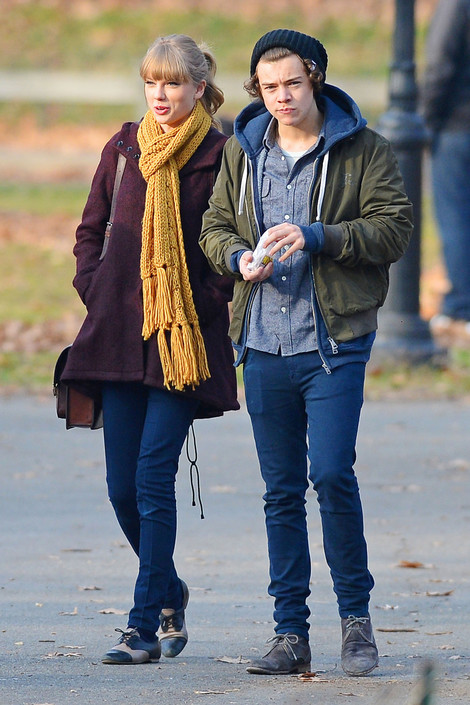 Taylor Swift just can’t resist a bad boy, she has told Cosmopolitan. The singer who has had more boyfriends than Elizabeth Taylor at the age of twenty-two is definitely experiencing what type of boys she likes the most, and it looks like the bad ones are the kind of dudes she is going for now. We’ve already established that she’s going out with One Direction’s Harry Styles – who openly admitted he has a fetish for older women – after the two were spotted holding hands at New York’s Central Park earlier this week.

Now what made us chuckle in this interview is that Taylor admits to loving the bad boys but she simply can’t keep one. That could be because she’s too much of a good girl — the two personalities don’t match and therefore the whole romance ends up in another number one hit song that Taylor will write about the dude she was dumped by.

She explains it all in the latest issue of Cosmopolitan:

“I don’t know. I think that idea of love I hope for is that you learn a lesson and you don’t have to learn it twice. But the song ‘I Knew You Were Trouble’ is about when I knowingly made the same mistake twice.

“I couldn’t resist it – there’s that temptation to push yourself into a risky situation with someone who is going to hurt you, and that’s what that song is about: not trusting your own instincts and ignoring all the red flags.”

The country singer adds that she’s not picky about looks or how old they may be, she’s more bothered about the person’s character more than anything else:

“I don’t know how to make relationships last. I’ve never had a really long relationship, so I have no idea what that’s like. Wish me luck for the future! I really don’t have any rules about dating when it comes to height, age, career choice, anything like that. It doesn’t matter. It’s really more about strength of character. When it comes to age I’ve been all over the map!”