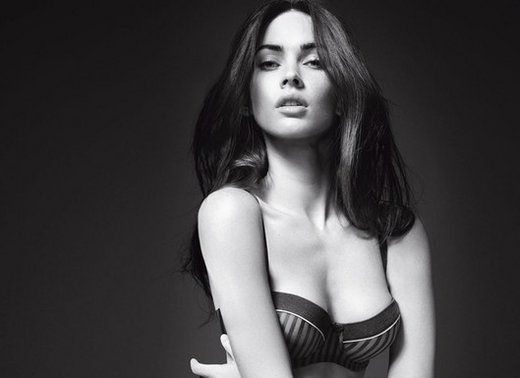 Megan Fox has said that she’s much more cautious on he movie roles she takes on ever since giving birth to her son Noah, earlier this year. The actress who was voted FHM’s sexiest woman in the world back in 2008 and also modeled underwear for Armani, considers her options for every job she is offered because she wouldn’t want her son to be “horrified” when he’s in school and the kids start showing him pictures of his mother half naked — it would be tough for Noah.

“It changes your perspective about being overly sexual in a film when you have a baby. I’m going to be more cautious about choosing films because I’m already thinking about when [Noah’s] in school and his friends are going to be showing him my photo shoots with me in a bikini and he’s going to be horrified. That will deter me from making some of the choices I made before.”

The Transformers star goes on to reveal that she wanted her son to have a religious name (Noah) after getting back into her own religious background. According to the actress, during her early 20s, her take on religious life totally changed up until she married Brian Austin Green and welcomed her son a couple of years later. She continues:

“I went through a stage in my early 20s when I was very rebellious against how I was raised and I wasn’t worried about faith or religion. Now, maybe because of getting married and wanting to have a family, I’ve come back full circle.”

Oh and if you thought Megan and Brain take care of the kid by themselves, they do not. Fox is not ashamed to admit that she has a night nanny in her house because taking care of an infant is too stressful for her. She reassures that at first she tried to see if she could handle it, but she later on gave up and made the quick call for a nanny to help her out.

“Having an infant is difficult,” she said. “It’s a lot of work and [at first] I didn’t hire any help because I overestimated my own abilities. I had no idea how difficult babies could be, so Brian and I were exhausted.”