Miley Cyrus Gets Wild With Strippers At Concert (Video) 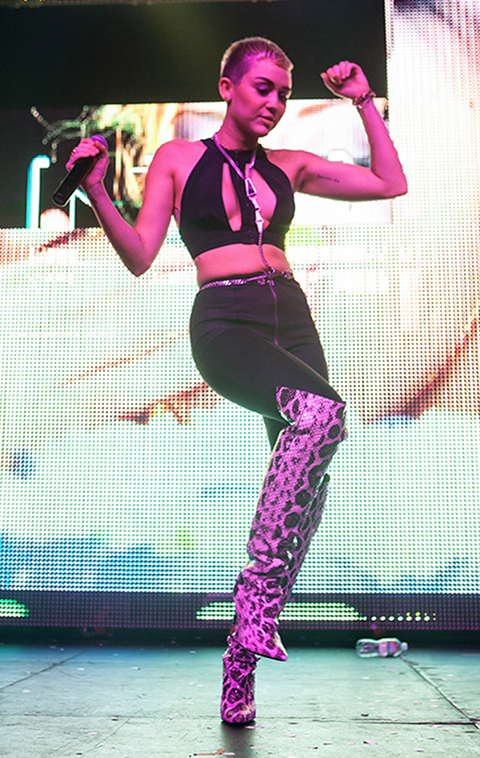 Miley Cyrus may be engaged and living on her own, but that doesn’t mean the ex Disney starlet has hung up her stripper heels. The 20-year-old used to be quite the party girl, and last night Miley reminded us that that side of her still exists! The singer/actress, whose fourth album comes out next year, was a guest performer at Borgore‘s Christmas Creampies concert in Hollywood last year. Miley loved the crowd and performed a song while cheering on a dancer on a strip pole wearing only a thong.

We think that Miley’s behavior is all over the place. On one hand, her partying/making out with girls nights seem to be dwindling, and we think it’s totally fine for an adult to go and have a good time! Her audience has grown up with her, and she isn’t getting arrested, using illegal drugs, or driving drunk, so it’s not like she’s setting a bad example! But the rest of her time she’s tweeting about her gorgeous rescue pups and working hard on her new album. What do you think, readers? Is Miley allowed to let loose like this? Or are stripper parties just a gateway to the life of Lindsay Lohan? Let us know what you think!