Britney Spears To Be Axed From X Factor? Simon Cowell Said To Be Having Second Thoughts About Her Future 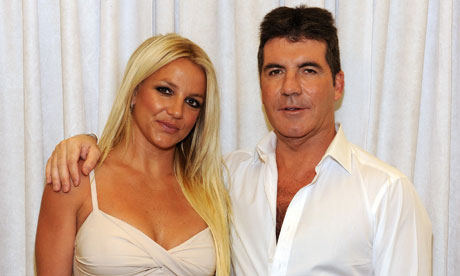 … and we’re supposed to be shocked? I mean, Britney Spears was great for one reason: she had everyone talkin’ about her when the announcement was made. Everyone had thought that the pop star would end up being a mess on the live shows,- and though she has avoided any embarrassing moments on X Factor so far, she is one hell of a boring judge. Demi Lovato seems way more interesting than Britney, who is being paid $15 million to tell each contestant: “You’re amazing, sweetie… I loved it, sweetie…”

Simon Cowell must be sitting on the panel, thinking to himself that Britney was definitely not worth the amount they are paying her. So, it doesn’t come to a shock for us when Simon said he is still trying to figure things out for season three’s judges line-up, after FOX confirmed they would be renewing the show for a third run next year.

What makes things even more funny is that Britney recently said she would “definitely” be back for next year’s show, but little does she know that producers are having second thoughts and besides, contracts are not signed until February/March. In a recent interview the music mogul did, he responded to the question when asked if Britney would be back for another year.

ON BRITNEY’S FATE, WHETHER OR NOT SHE WILL/CAN RETURN

“(Laughs) I don’t think that had anything to do with her leaving. No. But it’s that time of year. You’re always going to get asked that question. (Raises his eyebrows) And I’m not going to answer it.”

ON A BRITNEY/DEMI FINALE PERFORMANCE

Woop! Let’s hope this time Simon will hire someone who actually says something else, other than: “You’re amazing, sweetie”