Lindsay Lohan Cannot Pay Her Rent – Will Be Evicted Soon 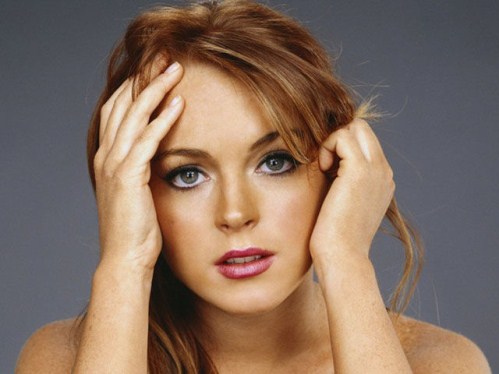 Lindsay Lohan’s problems are as incessant as a noisy neighbor on his weekly acid trip. Not only is the young actress facing criminal prosecution for punching Tiffany Mitchell at a New York City nightclub, she is also facing eviction from her $8 000-per-month Beverly Hills mansion.

According to insiders, Lindsay is not the most financially responsible 26-year-old. The IRS seized her bank accounts in order to recoup tax payments Lindsay conveniently forgot, and the $2 million she earned from January, 2011, dried up quicker than a lake on Mercury. Charlie Sheen, the resident bad boy of Hollywood, handed over $100 000 to Lindsay, no strings attached and no questions asked, but not even that was enough for Lindsay to survive. Her yearly total rent for the Beverly Hills mansion is only $192 000, so we’re unsure what Lindsay has been doing with her alleged fortune. Also, if the IRS seizes your bank accounts for not paying taxes, you should, in turn, have much more money on hand to spend, so that’s a bit weird, LiLo! It doesn’t seem that being a super popular and super infamous actress makes you financially stable enough to survive a rather modest monthly rent…

Lindsay has since her financial depression attempted to get out of the lease, but the homeowners have told her that “they will seek the full amount plus damages if she does.” Therefore, the embattled Lindsay will have to survive until February of 2013 – when her lease expires and she’s able to move to a less expensive dwelling.  Until then, the actress has to survive the relentless onslaught of criticism, legal woes, and financial irresponsibility.

What do you think Hollywood Hiccup readers? Do you think LiLo should shut up and pay up? Or do you think she should run and hide from the hundreds of people out for her blood? Let us know your valuable thoughts in the comments below, will you?