David Beckham And Family To Spend Christmas In London, Victoria Seeks For New Home In Europe 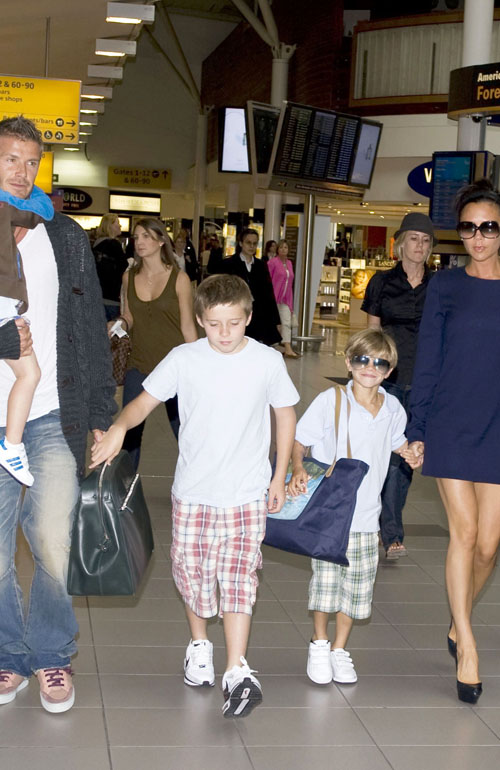 David Beckham and the family caught a flight from Los Angeles LAX to London Heathrow this week, in time for Christmas. The soccer player and his wife Victoria Beckham spent every Christmas in London, seeing that David and Vic’s parents are both still staying in the UK. Followed by the news that they are spending time abroad, Victoria continues to look for a new home so that the family can move back to their hometown.

Daily Mail posted the first pictures of the family leaving LAX, questioning the clan’s return to the States. If they don’t return to LA after Christmas, it wouldn’t be such a big loss for either of the parents, considering that Victoria’s main business is out in Paris – as she continues to expand her clothing line – while David recently  ended his career with the Los Angeles Galaxy team.

David’s next project is to open a restaurant in London with Gordon Ramsay – hinting in a recent interview that he will move back to Europe to show his commitments for his new business:

“We’ve got something in the pipeline. We are obviously good friends and we are excited about a project that could happen pretty soon. It will be a business thing but owning a restaurant is going to be fun as well. It’s something I’ve always wanted to do. I’ve always loved cooking. I’d love to cook for Gordon and I definitely will one day.”

Victoria is said to have been house hunting in London, but no word on if she bought one of the mansions she looked at. If she did, it’s fair to say that they have made their final move to Europe, and they are never coming back to America.