Kendra Wilkinson Wants Another Baby Boy, Says Her And Hank Are Already Trying 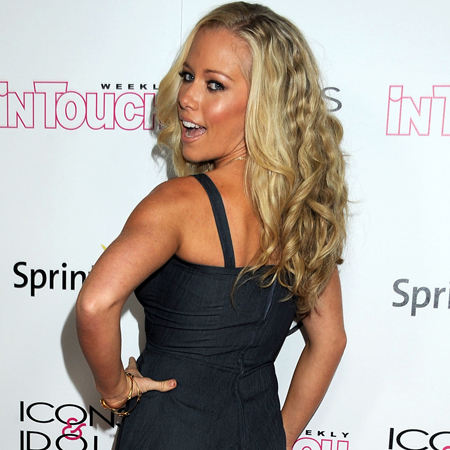 Kendra Wilkinson wants another baby, she has confirmed. The former Playboy star, who married her husband Hank Baskett in June 2009, has said she’s already trying for a second baby and she’s hoping it will be a boy — that could be because Kendra is very much of a man herself (mentally thinking, we should say! Ha).

It has been four year since the reality star moved out from the Playboy mansion after telling Hugh Hefner she had met someone who she felt was “the right one” for her, and she wasn’t going to let it go. Since then, she got married, welcomed her first child, has filmed four seasons of her own reality show and doesn’t want plan to slow down anytime soon.

Us Weekly quotes the reality star telling them:

“Our resolution is definitely to have baby number two,” she said. “Maybe another boy. We’re used to those already,” while she speaks of her son, Hank, saying: “If anyone does anything bad, he goes up and tells the teacher,” she joked. “And he’s learning how to treat a woman. Like tonight, he was like, ‘Mommy, you look so pretty’.”