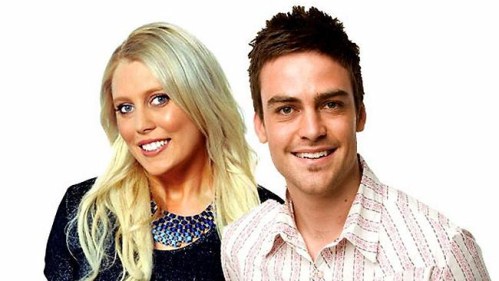 We reported here on Hollywood Hiccups last Friday about the nurse who committed suicide after an Australian radio station pranked the King Edward VII Hospital Kate Middleton was staying at. The British nurse, Jacintha Saldanha, was phoned up by the radio DJ’s who pretended to be the Queen of England. She patched the call through to Kate’s room, where a nurse spoke to the fake Queen of England and explained Kate’s medical situation to the entire world. This resulted in Saldanha committing suicide late last week.

However, the radio station has pledged to assist the surviving family members of Saldanha. According to a latest TMZ report, “The corporation that owns 2Day FM announced it will donate all the station’s advertising profits for the rest of the year to a fund set up to support Saldanha’s [two] teenage children and husband. The company estimates the total donation will be around 320,000 British pounds … or roughly $500,000.”

Yesterday, 2Day FM axed the mourning DJs and the show that played the prank. The DJs at the radio station, Mel Greig and Michael Christian, have publically apologized for their error in judgment and revealed that they are “shattered, gutted, [and] heartbroken” over what transpired in the wake of the seemingly harmless prank phone call. Greig said, “We thought a hundred people before us would’ve tried it, we thought it was such a silly idea and the accents were terrible and not for a second did we expect to speak to Kate let alone have a conversation with anyone at the hospital. We wanted to be hung up on.”

Christian added, “It was just the team sitting down before the show …(we) just had the idea for just a simple harmless phone call. That we thought about making a call it was going to go for 30 seconds we were going to be hung up on, and that was it. As innocent as that.”

The duo have since described the phone call they received after Saldanha’s death as “the worst phone call [they’ve] ever had in their life.”