Lindsay Lohan Faces 8 Months In Prison After Lying To Cops 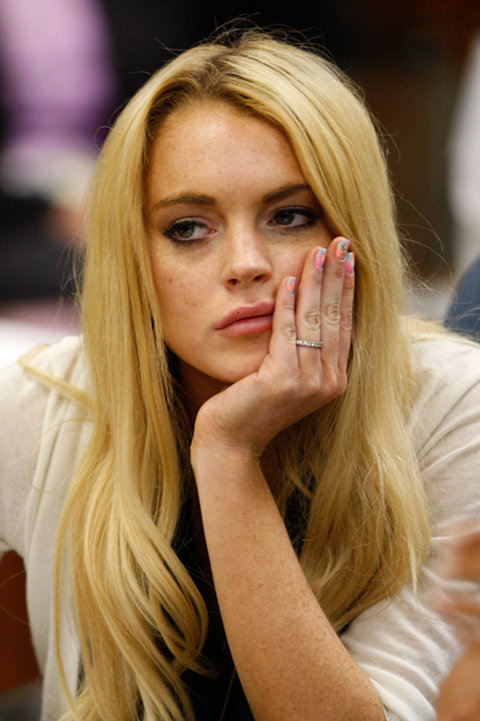 The tragic, predictable story of Lindsay Lohan seems to be winding to yet another end. The troubled actress hit a semi last summer and then lied to cops about who was driving. Unfortunately for her, lies have consequences! She was officially charged by prosecutors a few weeks ago and today was her first court hearing. Because the charges violate the terms of her probation (the one she got after stealing that necklace that one time) there is no mercy!

Now Lindsay is facing two separate issues: one for violating her probation, and the second criminal charges of lying to cops and reckless driving. If it seems like she could get off the charges from the driving incident and be free, reread your law book. Apparently it’s a lot easier to prove a violation of probation and doesn’t require a criminal conviction–so even if Linds gets off for lying/driving with abandon, she still has violated her probation!

We love the look of Lindsay in an orange jumpsuit. There’s something so peaceful about it. Like the rest of us can drive safely! And if Lindsay is convicted for the criminal charges, she could get even more jail time! Christmas really has come early this year!

Don’t try to feel sorry for Linds–she is so deeply troubled that she has lost all touch with humanity. It isn’t enough that she endangers her own life with drug use and reckless driving, she endangers others! And she acts as if she is so above the law. Remember when she was super late to the morgue for her forced volunteer hours and tried to smooth it over by buying everyone really fancy cupcakes? Well, this time around she has a bank account of zero and not a friend in sight. We wonder if Charlie Sheen will try to help her! Do you think Lindsay deserves jail time? Or rehab? Or to be jettisoned into space with only a pocket mirror and half used cigarette?