Megan Fox Recalls Her “Horrifying” Birth To Noah: ‘It Was So Intense’ 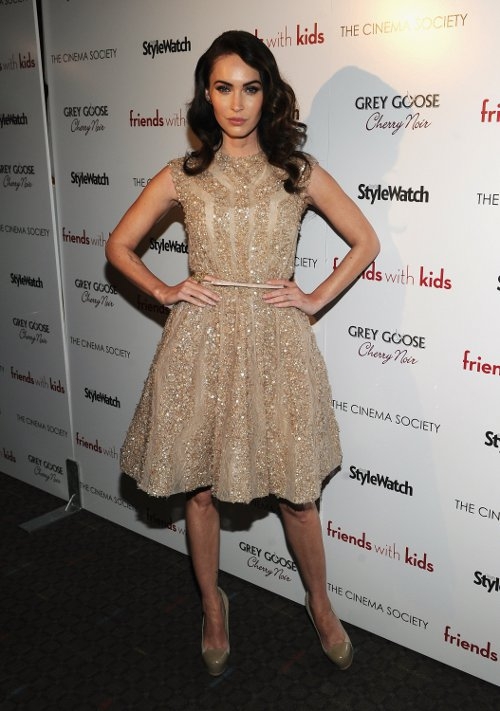 Megan Fox has said that giving birth to her child, Noah, was the most horrifying thing she’s ever done in her life. While many women tend to try out different methods, such as underwater birth, Megan didn’t want to be freaked out any more than she already was, describing the contractions she was giving as “horrific” despite thinking she could stay strong and keep herself calm.

While promoting her latest movie This Is 40, the actress told the media: “I was screaming for an epidural when [Brian] was driving me to the hospital because my water broke on its own and I was immediately – it was level orange alert pain,” she quipped to Access Hollywood.

Fox, who recently said she would turn down sexy movie roles to avoid humiliating her song, continued: “It was so intense. And I thought I was gonna be really tough and make it, I was gonna labor to like 8 cm… but the first contraction that I got was horrific! It’s exhausting, but it’s amazing and you can’t, until you have kids, you can’t imagine how much you could possibly love a human being. It’s really intense and really overwhelming and amazing. He’s super cute.”


Despite the pain she faced, Megan continued that it was her most happiest moment of her life. Her husband, Brian Austin Green, already has a child, Kassius Lijah Marcil-Green, from his previous relationship, so he’s used to seeing his women go through the pain. Ha.