Brandi Glanville: Andrienne Maloof Will Stop At Nothing To Ruin Me 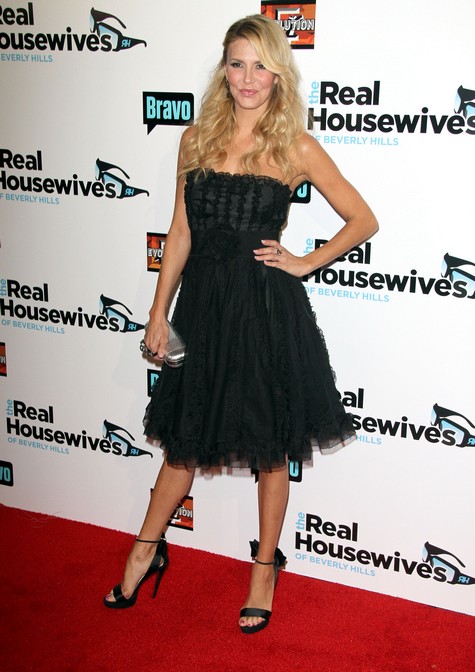 Viewers of The Real Housewives of Beverly Hills watched the newest big fight break after Brandi Glanville told a secret about Adrienne Maloof to the other girls. After recovering alcoholic and socially disabled Kim Richards told on Brandi to Adrienne, shit hit the fan–fast. Adrienne and her then husband Paul started screaming at Brandi, cursing and promising to sue her. Well, in an open letter to Star Magazine, Brandi is telling what happened.

“The episode is intense! You see me get very upset with [them]–but the problem is, I don’t get to explain why because of legal reasons. So here’s what’s actually going on off camera: Adrienne had her cook, Bernie, call media outlets with vicious and wild allegations about me and my children. I finally reached my boiling point.”

Brandi quickly established herself as the shameless housewife with no filter–something every reality TV show should have. The fiery blonde wasn’t going to sit back and play victim. “I brought up something I knew Adrienne was lying about,” she confesses. “I regret saying it. Do not cross Adrienne–she will stop at nothing to ruin you, no matter what lies she has to tell. Look what she did to the father of her own children!” We love that Brandi never goes back when she tells the truth–she may regret how it was said, but it’s never a lie!

The fight will continue next Monday night on Bravo, and we can’t wait to see Adrienne’s fury fight her many botox injections. Will she finally be able to furrow her brown in anger?