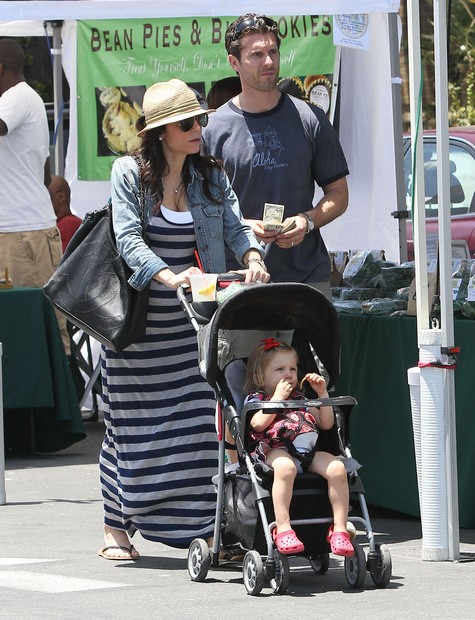 When former The Real Housewive’s of New York City star, Bethenny Frankel, decided to marry real estate agent, Jason Hoppy back in 2010 did anyone really think it was going to last? I’m guessing you could count those people on one hand. She is ridiculously demanding and her whole entire existence even then was about work and building her brand so it was hard to see how a husband fit into that picture at all. Having a baby didn’t make her more family oriented either, it just meant there was one more responsibility that came before being a wife.

We’ve heard the rumors of major trouble between the couple for months and now according to Radar Online they are super close to pulling the plug on their marriage.

“It’s pretty much over between Bethenny and Jason,” the source says. “They are already living separate lives. She purposely spent Thanksgiving without him, bringing Bryn to Miami. He wasn’t happy about it, to say the least. She doesn’t seem to be too upset about the demise of her marriage. She is really focused on her career and her product line right now, so it sort of consumes her, which is probably why the marriage starting falling apart in the first place,”

I have a feeling the differences that originally put these two together are now systematically yanking them apart. Jason is not known for a strong work ethic and maybe the laid back attitude that once calmed Bethenny down is now being read by her as laziness. Jason may have started off loving his wife’s work ethic but by now he surely sees her the same way most others do- as a cold, shrewd b*tch that really doesn’t care too much about those around her. She’ll step on anyone to get where she wants to be. Is the marriage over? Tell us your thoughts in the comments below!