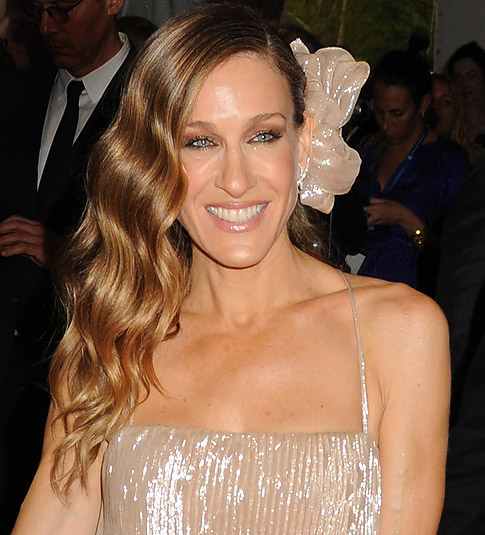 Earlier this week, we reported that Sarah Jessica Parker was involved in a bit of a shoplifting scandal in Oslo, Norway. Initial reports said that the person, who was not on SJP’s payroll, was employed by the Nobel Peace Prize foundation and that the person wasn’t exactly friends with SJP. However, according to a new TMZ report, “She’s worked side by side with SJP for years.” The shoplifter, now revealed as Leslie Lopez, has been Sarah’s personal makeup artist since 2005. That’s seven years of close personal interaction. That’s seven years of being bonded like BFFs at a carousel.

“For whatever reason, Sarah’s people wanted it to look like the makeup artist had no relationship with the actress, but that’s simply not true.  They went so far as saying … the makeup artist (never revealing her name) was NOT on Sarah’s payroll.  Yet all that meant was someone else picked up the tab,” TMZ reports.

Lopez was cornered by police moments before the return flight to NYC was scheduled to depart and she was subsequently ordered to pay a $1 400 fine (excluding the public embarrassment). According to sources connected to the situation, Lopez “mistakenly” took the expensive glasses out of the Norwegian sunglass shop and paid the fine to get the hell out of Dodge.

Lopez is a famous makeup artist in Hollywood, and according to her personal website, she’s worked with some of the biggest names in the industry. Therefore, we doubt Lopez would place that blood-sweat-and-tears professionalism into the public spotlight by “stealing” sunglasses.  It was most likely a really odd misunderstanding, but as is true in Winona Ryder land, where there’s a misunderstanding, there’s always a kleptomaniac close behind.

What do you think Hollywood Hiccups readers? Do you think Lopez intended to steal the glasses? Let us know your thoughts in the comments below.