Taylor Swift CHEATED On Harry Styles With Conor Kennedy, The Two Have Been Dating Since March!! 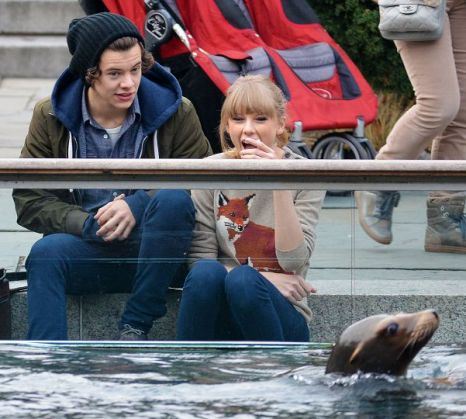 Taylor Swift is dis-gus-ting. The country star seriously needs to slow down with her love life because every man she lays her eyes on ends up being her boyfriend for a month and then they end up in her break-up songs. The singer has been dating One Direction’s Harry Styles since March, this year. The two have kept their relationship a secret due to their busy work schedules, before Taylor fell for Conor Kennedy, which meant that her and Harry were over.

So, if we understand the insiders correctly, Taylor ended up splitting from Harry because she felt a stronger bond with Conor over the summer, so she ended things with Styles. Yikes! So why is she back with Harry now? Well, it seems like Kennedy’s family were too controlling for Taylor’s liking, which had her hopping back to the One Direction member. What a little flirt.

An insider revealed the following: “They had a couple of dates back when they met, but the timing wasn’t right. They were busy with work, then Taylor met Conor Kennedy and fell hard for him.” They continued: “As soon as Harry found out Taylor was single again, he went after her. Dating has always been a bit of a cat and mouse game for him, and he’s never really had a girl say no to him before. When Taylor started dating Conor so soon after their dates, it made Harry realise how much he likes her.”

Taylor made her relationship to Harry official last month when the two were seen holding hands at Central Park in New York, just one day before she and Harry’s family went to see One Direction live at Madison Square Garden. When you meet someone’s family, you know it’s serious. So let’s hope this will last, though we’re doubting it.