Frank Ocean Ready To Quit Music, Wants To Write Novels And Be An Author 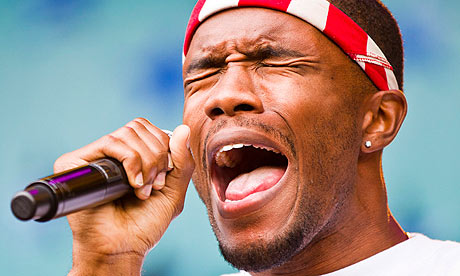 Frank Ocean has hinted that he may longer release any music of his own despite having done very well this past year with his debut album, Channel Orange. The record, which sold 131,000 copies in its first week, was filled with real-life stories that the singer had gone through in his life, which made him realize that being a musician may not be his passion after all, being an author and writing novels may the answer.

Frank’s album success came just weeks before he came out the closet, revealing he had feelings for another man, so could that have played a role as in why he wants to no longer make music of his own – to keep a low profile? Who knows? What we do know is that though he may no longer release albums and singles for his fans, he will continue to write songs for artists such as Beyonce, who recently got in touch, in hopes he is willing to work with her on the singer’s forthcoming album.

Frank tells the The Guardian: “Some people focus more on sonics. Some people focus more on story. I focus on both sonics and story, but music sometimes, just music itself, can turn into more of a maths problem… Storytelling’s a different thing. It’s the more interesting part about making music for me, or making albums and songs and stuff. So much so that I might not make another album. I might just write a novel next.”

When asked to clarify what he had said, the singer continued: “It could be. It could be it, if I flew next week and my plane crashed! It could be it if somebody walked along and shot me for my bracelet or something. It could always be it. The idea of recognizing your strengths and using them in as versatile a way as you can is cool to me.”

Ocean is nominated for six Grammys at next year’s award show. He faces strong competition from Kanye West, Fun. and Jay-Z who are also battling to win six Grammys in their categories.