It’s Boot Camp Time for Will Smith’s Out of Control Kids, Willow and Jaden 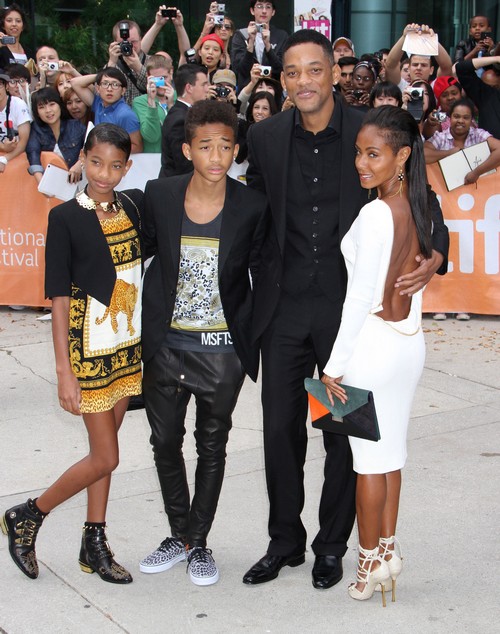 Finally Will and Jada Smith seem to realize what the rest of us have noticed for awhile now, their kids are way out of control! Both Willow and Jaden have already found a little bit of success as kids. 14-year old Jaden starred in the hit remake of The Karate Kid and his 12-year old sister Willow had a hit with the song Whip My Hair. It can’t be easy to be the child of celeb parents but these two have really gone out of their way to be ungrateful brats. Willow posted on her Tumblr page back in April some ramblings about suicide, drug use and she even claimed that her thoughts were trying to murder her. Meanwhile Jaden ripped into someone that bashed one of his fans. He spouted off a Twitter tirade that no doubt embarrassed the heck out of his parents.

Finally, according to the National Enquirer, Will and Jada are taking action!

“Will and Jada have done everything in their power to bring up strong, independent children but now they feel that maybe they gave Willow and Jaden too much freedom. They’ve had major arguments about how to best raise their children and even sought out professional advice. Together, the couple devised a ‘boot camp’ regimen to improve the kids’ behavior.”
Should they have tried to get a handle on the situation sooner? You know, before Willow was walking around looking strung out, wearing a jacket that had “I hate everybody” scrawled in marker across the back of it? The longer you let kids rebel the harder it’s going to be to get a handle on the situation and I have to think that they have a real problem on their hands now! Will Willow and Jaden cooperate? Tell us your thoughts in the comments below!

Jada Pinkett Smith Left ‘Gotham’ To Save Marriage To Will Smith