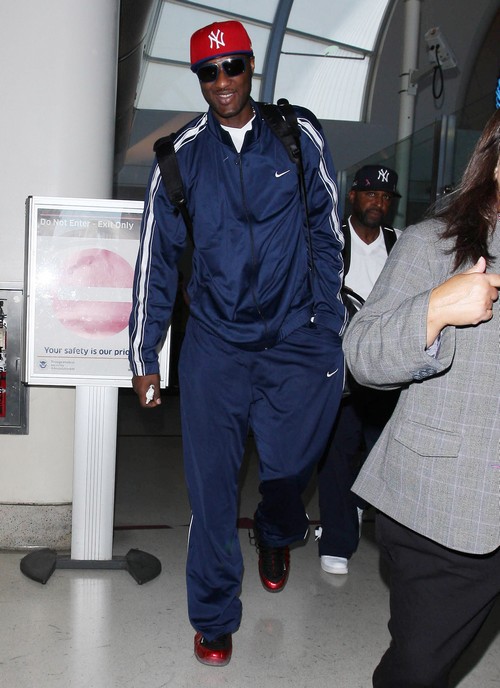 Lamar Odom wants to pimp his children on his reality show “Khloe and Lamar!”

It looks like the Kardashian disease of pimping out children for $$$  is catchy.  Khloe Kardashian‘s husband, Lamar Odom wants to have his children, yes he has children, just not with Khloe, appear on his reality show, Khloe and Lamar.

Lamar was suppose to be in court last week petitioning the judge to to set a “parental access schedule” so Lamar could have permission to put the children on TV.  Thing is, Lamar could not show up in person because he hurt his back.   His doctor advised no travel, so he called in.

Lamar has two children 12-year-old daughter Destiny and 9-year-old Lamar Jr. with his ex-girlfriend, Liza Morales.  Lamar figures that if he can get permission to have his children on his reality show he can spend more quality time with them.   It seems he is very busy and it makes sense having them on his reality show will give him plenty of time for bonding, right???

Mommy Lisa is not interested in seeing the kids on television and according to the NYC Post she said, “Lamar has always been welcome to see the children but he hardly comes.”

All of a sudden Lamar is interested in his children, because he sees $$$$.  He is hoping the kids can save his crappy reality show!  I hope the judge tells him NO, NO, NO!