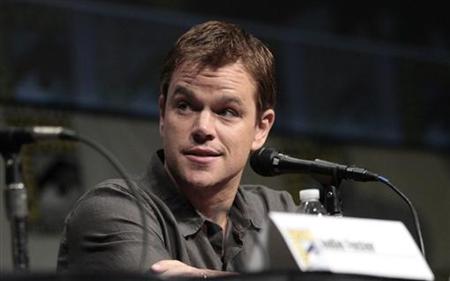 Matt Damon is not a happy guy. The actor has said that he regrets having turned down the movie role of a lifetime, starring in the highest-grossing movie of all-time, Avatar. The director of the blockbuster hit, James Cameron, had offered a lead role to the actor when the film was in early pre-production stages, but Matt had to turn it down because he had already signed on to do several other films, including The Bourne Ultimatum, which meant he’d be traveling back and forth for months and not see his family.

Matt, who would have worked alongside Zoe Saldana in the movie, told Playboy in a recent interview that one of his biggest regrets was turning down Avatar, mainly because James had gotten in touch with him to make the offer, but he wan’t bothered whether or not Damon would sign on to do the film because Cameron knew either way, the film would end up being a success, so Matt had to make a decision.

“Having to say no to Avatar was tough because I particularly wanted to work with James Cameron, and still do, because he’s fantastic. He knew he was the star of that movie and that everyone was going to go see it anyway,” he tells Playboy. “When he said, ‘Look, I’m offering it to you, but if you say no, the movie doesn’t need you,’ I remember thinking, Oh God, not only do I have to say no because of scheduling, but he’s going to make a star out of some guy who’s going to start taking jobs from me later.”

We would be furious if our work schedule had gotten in the way to star in the biggest movie of all-time. Aw well, maybe James will be generous enough to offer Matt a role in Avatar 2? Probably not because Cameron doesn’t give people second chances when they turn him down. Ha. Too bad, Damon!

Matt Damon Says Brad Pitt is Jealous Of His Privacy