The Spice Girls Set To Go On Tour Without Victoria, Group Are Looking For A Replacement 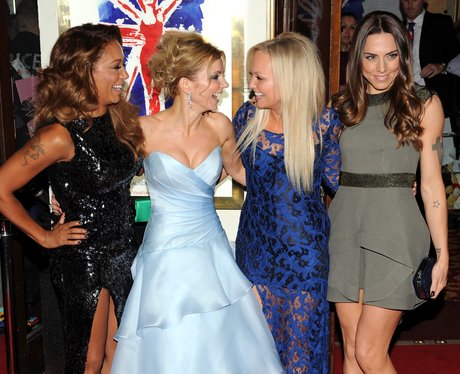 Wow! The Spice Girls seem to be fed up with the way Victoria Beckham is treating them. The group are said to have discussed plans for a tour and a new album for 2013, and Posh Spice wasn’t mention, knowing that she wouldn’t want to be part of it anyway. Mel B, Mel C, Geri Halliwell and Emma Bunton are tired of waiting for Victoria to give them the nod so that they can make music again for their anticipated fans.

All four girls are ready to work together again, and this time nothing is holding them back because the search for Victoria’s placement has already started. According to reports, Sugababes singer Heidi Range could end up joining the foursome on tour, while another report claims the group are talking to TV execs for the search of a new Spice Girl that will end up becoming the fifth member. Doesn’t that just sound extremely stupid?

Well, a source explained: “The girls are going it alone without Victoria. They are keen to get back together and were trying to work out if they could do it as a four-piece. I think they know this is the last chance for them to get the band going again.”

The source adds that the four of them would struggle to bring in the money without having a fifth member, adding: “But the Spice Girls as a foursome is not going to get them another record deal or sell out big venues. They need an extra cherry on the cake. And the cherry on the cake would be if they replaced Victoria. And that leads to the next question: who do they replace her with? At the moment it’s all being done in a very cloak-and-dagger way and not through official channels.”

We certainly don’t think Victoria is replaceable, but we can also understand their frustration on having to wait for Beckham to decide when she’s willing to get back in the studio with the girls.