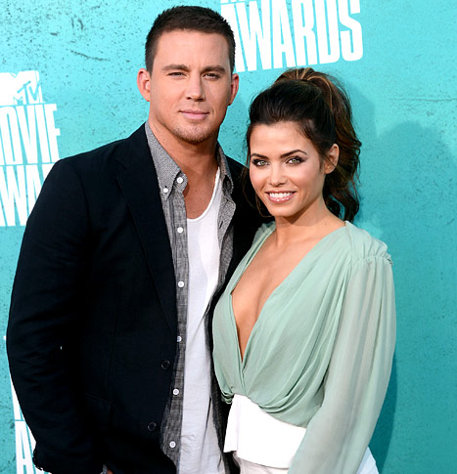 Jenna Dewan Tatum is pregnant, it has been confirmed. The actress and her husband, Channing Tatum, are said to be welcoming their first-born to the world in 2013, the same year Channing has said he will be taking a break from acting.

The two, who have been dating since 2006 after meeting on the set of Step Up, are said to be over the moon upon finding out Jenna was expecting. Meanwhile in a recent interview, Channing had said he would love to have at least three children, but if that doesn’t happen, he would be happy with one healthy one, too. “The first number that pops into my head is three, but I just want one to be healthy and then we’ll see where we go after that,” the actor said.

Though he will take time off acting next year, he will still have to promote the following movies; G.I Joe, Side Effe cts, Foxcatcher and White House Down, which were all projects that the 32-year old had been working on this past year. Congrats to the two of them. No doubt they will be the best parents in Hollywood. Ha!