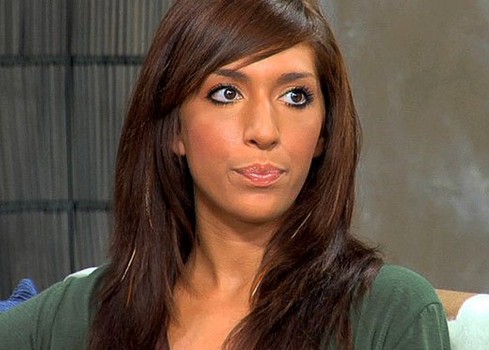 Farrah Abraham, the Teen Mom star with a twist, is now addicted to more than just fame whoring. According to a new Wetpaint Entertainment report, Abraham has revealed that she had carved up and injected herself all in the name of beauty. During the filming of her Teen Mom season, Abraham received breast implants, but according to latest reports, she also had a facelift, a nose job, and a chin implant! Oh Lawdy! One of these days we’ll have a new Catwoman on our hands! Not only is Abraham allowing herself to be molded into her idea of beauty, but she’s also telling all those who will listen that they need to follow in her footsteps to “receive the results she did”.

Abraham was once upon a time “done” with plastic surgery, but she has since devised a shopping list of procedures to change her outer beauty, “Yes, look in past months I have received some enhancements for the better, so let me know if this holiday season your [sic] hoping to get a gift?” Erm… Okay, that does sound a bit creepy. Abraham then even revealed her connections, “My doctor was Michael Salshauer in Bal Harbor, super great. Leave comments on doctors who you would recommend but here are some holiday gift specials!” No, we don’t think so…

So, if you’re planning to rip and snip your body this holiday season, why not follow Abraham’s suggestions? She recommends you get “the tummy tuck classic” or the “ol’ fashioned facelift.” Dude, Bruce Jenner would love this, but seriously, sitting in the lounge and looking Morticia Adams on a knife binge isn’t our idea of a fun Christmas.

What do you think Hollywood Hiccup readers? Do you think Abraham went too far this time? Have you ever had plastic surgery? Let us know your thoughts in the comments below!