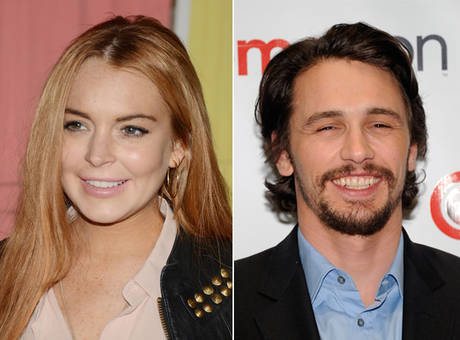 Lindsay Lohan can not be helped, seriously! She needs to chillax and just.. go to rehab for life. James Franco has come forward and admitted to having tried helping the troubled actress in her darkest times throughout the years. She has battled depression, an alleged drug addiction, she’s been downing 2 litres of vodka a day, getting into a car accidents, the list goes on.

So, seeing that she was in such a bad state, the actor had reached out to her to try and get her life back on track. He clearly saw that Lindsay was this close to killing herself. Lilo and James had met at a promotional video for the band, REM, which Franco had directed. The two became quite close and James was definitely worried about Lohan’s state when he’d constantly see what is being said in the news.

“Lindsay and I had reconnected at that time,” he said. “I had been writing some poems about the Chateau Marmont (hotel in Los Angeles), and one or two of the poems involved Lindsay… I’ve known Lindsay for a while. It was at a moment where it seemed like she was doing okay. We’d have conversations on the phone, and she seemed like she was doing okay…”

Though he may have not be in contact with the troubled actress any more, he believes that the media is partly to blame for her mistakes:  “I haven’t talked to her in a long time because it seemed like she was getting into some more trouble. I’ve tried to help her. I think one of the reasons it’s so hard is when she gets in trouble, she gets all this attention and I’m sure she gets book offers,” Franco added. “Like, she goes to jail, and instead of feeling like, ‘I really hit a low place’, she’ll get a crazy offer for her jail memoir.”