(Not So) Good Girl Taylor Swift is Pregnant! 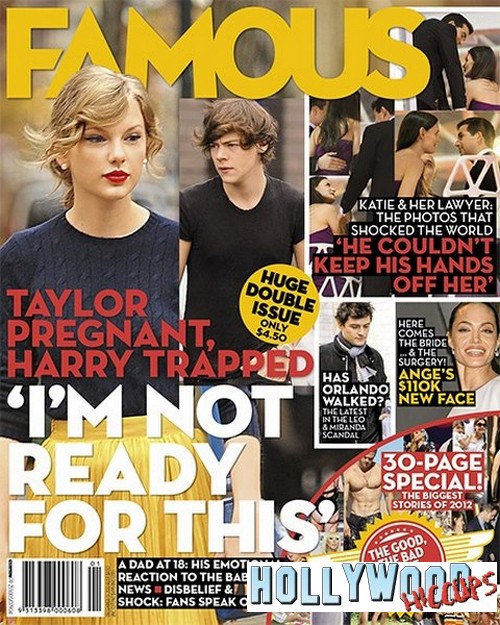 I have to admit, I think I’m one of the few people on earth that just hasn’t been absolutely charmed by Taylor Swift. Yeah, I get the music and I understand how relate able her litany of break up songs are. We’ve all been there (without the benefit of being able to publicly shame are most recent conquest though) and in this world, if people can relate than you’ve struck gold.

But why do people really bang the Taylor is so sweet and innocent drum until my ears bleed? This girl has her share of fun and publicly flips through men a whole lot faster than most other celebs. Hasn’t she gotten the memo that at least some of her private life is best kept private? Well, I guess not and as of today you can throw any hopes for privacy right out the window. Famous Magazine is reporting that dear sweet Taylor is pregnant and good ole Harry Styles is her baby daddy. At least we assume he is because the One Direction star is the most recent guy to be trotted around on Taylor’s arm.

Harry is said to be as much a basket case as you’d expect. After all he is just 18 and knows he can bag any girl he wants right now so being tied down is the last thing he wants! As for Taylor, if you mess around with a steady stream of guys, eventually you end up knocked up no matter how innocent your publicist tells us you are!  If she is pregnant, do you think it’s intentional? Is her need to find Mr. Right so strong and her self esteem so low that she’s resort to trapping one of the hottest guys in the world right now? Tell us your thoughts in the comments below!