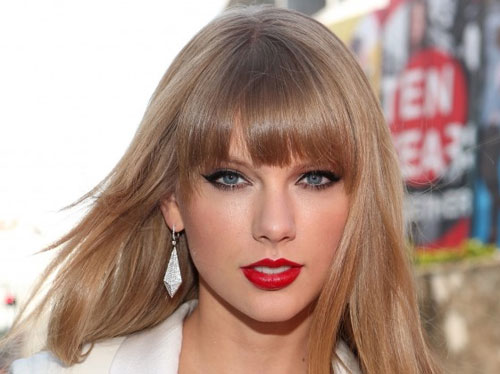 Taylor Swift has said her latest single, I Knew You Were Trouble, is based on her own real-life experience. The country singer, who has been linked to nearly every man in Hollywood, has said that after ending a relationship, she had been tempted to write a song about it. The new track tends explains how she is tempted to get into a risky relationship [with a bad boy], because the thought of her not doing it will have greater regrets

“I had just gone through an experience that made me write this song about like knowing the second you see someone, ‘Oh this is going to be interesting. It’s going to be dangerous, but look at me going in there anyway’,” she told MTV News.

Taylor added that getting into the relation with this person she doesn’t want to know, was risky and it was the first time she noticed she had it in her to be curious what the relationship holds. She explains if she hadn’t been with that guy, she would have regrets on not trying to find out where her love for him leads her.

“I think that for me, it was the first time I ever kind of noticed that in myself. When you are curious about something you know might be bad for you but you know that you are going to go for it anyway because, if you don’t, you’ll have greater regrets about not seeing where that would go.

“I think for me it all went along with this record that was pushing boundaries, like the sound of this record pushes boundaries [and] it was writing about something I hadn’t written before.”

Swift is currently dating Harry Styles – the two have supposedly been dating for ten months, before calling it off a couple of months later after Taylor met Conor Kennedy. The singer was desperate to give it another go with the One Direction member, and her charming ways seemed to have worked as the two have been inseparable ever since.