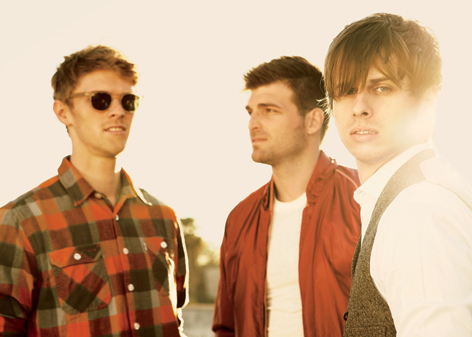 Yesterday, we reported here on Hollywood Hiccups that Ke$ha’s new hit single, “Die Young”, was being removed from radio airplay following the tragedy at Sandy Hook Elementary school on Friday. In less than 72 hours, Ke$ha’s song plummeted in radio play when it was being yanked off radio stations in a record-breaking fashion. Today, another song, “Pumped Up Kicks”, by Foster the People, was removed from radio airplay as quickly as possible.

According to TMZ’s sources at KIIS-FM, “The station has completely pulled ‘Pumped Up Kicks’ from its rotation after the shooting at a Connecticut elementary school last week.”Ke$ha’s “Die Young” was, however, not completely removed from rotation, but KIIS-FM has revealed that “Pumped Up Kicks” will “definitely [be] off the air for the foreseeable future.”

The music industry is not usually this affected by a mass tragedy. Many music industry experts have asserted that this is a record censorship in recent music history. Only twice before have musicians’ singles been affected like this on an international scale – Chris Brown after beating Rihanna, and Dixie Chicks, after insulting President George W. Bush on a country music radio station.

It is evident that the Sandy Hook Elementary school massacre has become ingrained in our artistic consciousness.  What do you think? Do you think these songs should be banned in future? Do you think they should never be played again? Let us know your thoughts in the comments below.