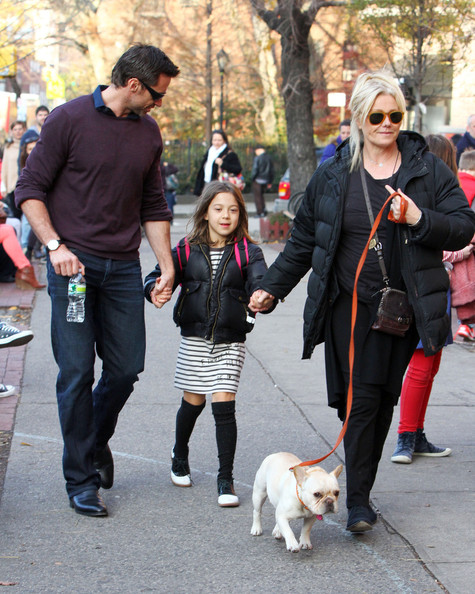 So sad, right? Hugh Jackman and his wife Deborra-Lee Furness have faced multiple miscarriages in the past, before deciding that adoption was the best solution. The actor, who has been on the road promoting his latest movie Les Miserables, opened up to Katie Couric where he revealed that the two had also tried IVF treatments but it wasn’t a success either.

Hugh tells the talk-show host: “Biologically obviously we tried and it was not happening for us and it is a difficult time. We did IVF and Deb had a couple of miscarriages. I’ll never forget it, the miscarriage thing – it happens to one in three pregnancies, but it’s very, very rarely talked about. It’s almost secretive, so I hope Deb doesn’t mind me bringing it up now.”

Seeing that miscarriages have become much more common over the last decade, Jackman felt it was only right to reveal his wife’s struggle about the devastating loss she faced several times when trying to get pregnant before finally deciding to adopt. He added: “It’s a good thing to talk about it. It’s more common, and it is tough. There’s a grieving that you have to go through.”

Jackman and Deb are parents to their two adopted childen, 12-year-old Oscar and 7-year-old Ava.

Golden Globes 2013: And The Winners Are…