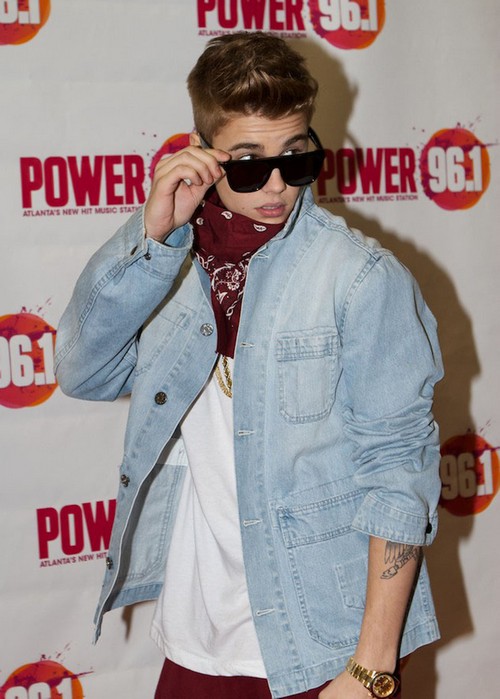 Justin Bieber is in trouble with a capital T.  Justin was recently at the Y100 Jingle Ball to co-host the event, not to perform.

While Justin was at the event he hooked up again with Victoria’s Secret model Barbara Palvin.  This is not the first time Justin has been caught getting cozy with Barbara.  “Justin and Barbara were together in Miami,” a friend of Justin’s confirms  in the new issue of Life & Style. “They aren’t being bashful about hanging out and getting closer.”

Barbara is not hiding the fact that she has a thing for Justin.  She seems to be rubbing it in Selena’s face by posing with a tour t-shirt in front of his tour bus for the whole world to see.  I guess she is hoping Selena dumps The Biebs and she can be the next Mrs. Biebs…

Selena is rumored to have laid down the law with Justin and told him to, “Shape up, or ship out!”  I wonder what Selena is going to say about this latest meeting of Justin and Barbara.  It looks like Justin just may be kicked to the curb.  She is better off without him!