Rob Kardashian Turns To Socks After Split From Rita Ora 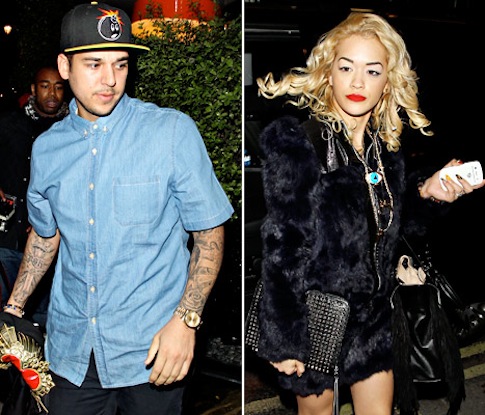 Who needs a girlfriend when you have a sock contract with Neiman Marcus? The Kardashian‘s baby brother Rob Kardashian recently split with singer Rita Ora, who he claimed cheated with 20 other guys. Viewers of Keeping Up With The Kardashians know that Rob has an inferiority complex and is super jealous of his sister’s fame. Instead of working heard to accomplish something that will help people, he’s fallen back on the much used but perhaps undervalued accessory: the sock. Because who needs a girlfriend!

Last year Rob teamed up with sister Kourtney Kardashian‘s baby daddy Scott Disick to design a collection. Right now, their line of socks called Arthur George, donates one pair of sock for each purchased to the Family Emergency Shelter Coalition of California. We love the philanthropy–it’s like TOMS shoes, but with socks–but wonder if it’s the most direct way to do it? That’s for him to decided. With his PR team. This morning Rob told Ryan Seacrest during a radio interview that he’s happy post break up. “I’m just focused on business and family. That’s pretty much everything right there.” We certainly appreciate that, but he should probably add “hair loss” to his to do list.

We loved watching Rob as a spoiled brat who got no attention and accomplished nothing–could all that be changing on season 8 of KUWTK? Do you prefer spoiled Rob or kind of employed Rob?