Jersey Shore’s Snooki Has Put The Past Behind Her, Says She’s A Changed Woman 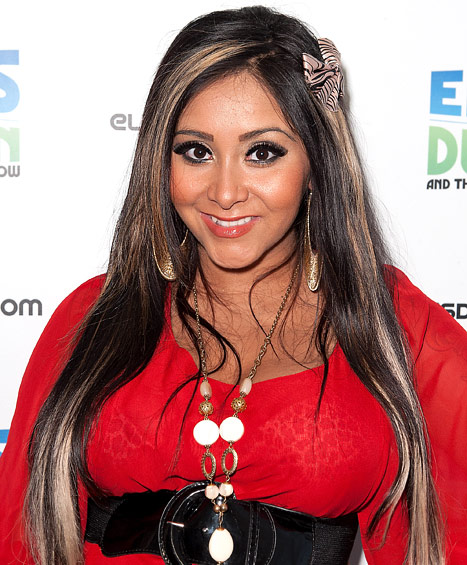 Jersey Shore’s Nicole ‘Snooki’ Polizzi, has said that her recent pregnancy to fiance Jionni LaValle has changed her life completely, matter of fact, she claims that the wild days are long over. The self-proclaimed “meatball” has said that people tend to think she is an embarrassment to her son, thanks to MTV who have aired Snooki’s crazy behavior on television. But, Nicole says she was just doing what everyone else did – her life was just televised on TV.

Though she made a good point by saying Lorenzo may learn from her mistakes when he watches the show, we kind of hope he doesn’t — seeing your mommy going to the club with her private area hanging out isn’t exactly what you’d want your son to see so that he can learn from the mistakes she made. Well, whatever the case, here’s what she said.

“[My wild days] aren’t really a big deal,” she declared. “Everyone thinks, ‘Oh my God, what are you going to tell Lorenzo?’ I was 21 years old and I did what everybody else did, but it was just on camera. [I’ll tell him], ‘Learn from my mistakes and once you go through them, you’re going to know how to deal with them’.”

The reality star continued that spending Christmas with Lorenzo and her boyfriend is going to make it the best holiday she’s ever had: “[Lorenzo] wears Christmas onesies all the time. Christmas is my favorite holiday and I want him to love it too,” she commented this week.