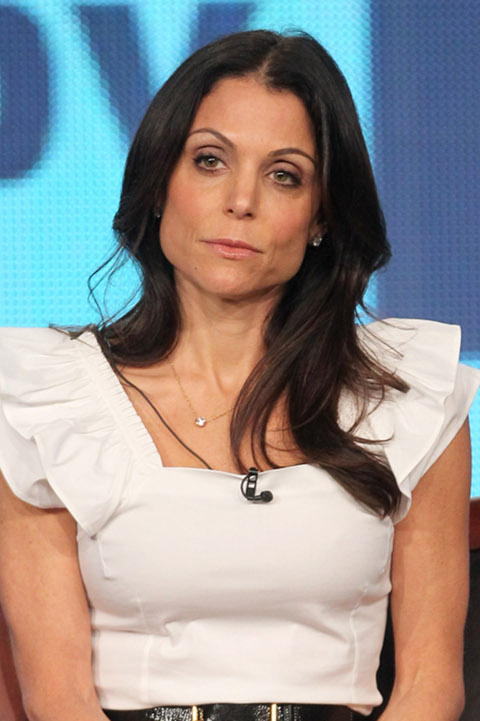 Color me shocked! Not. Ever since we first saw Bethenny Frankel as a contestant during the first and only season of Martha Stewart Apprentice, we could tell exactly what kind of person she was: the kind who didn’t thank the people who worked their asses off for her, who would like to improve her image until she was six feet under, and a total poser to boot. Bethenny got rich and famous for her line of low cal cocktail mixes, SkinnyGirl. She’s had specials on Bravo, a talk show hugely advertised by Ellen, and launches for every photo op. Basically, she’s the perfect mother/wife/business woman/personal trainer that never was. How do we know? A source reports that Bethenny’s divorce statement that was released today was forced after hubby Jason Hoppy couldn’t stand to be married to a woman whose empire rests on lies.

Bethenny promotes herself as a woman who exercises, eats in moderation, and leads an all around active lifestyle. But the truth is much darker. Bethenny has admitted to her purging lifestyle, most recently in Us Weekly last year. “I spent my entire life being obsessed with dieting. Binging and then fasting or starving. Forbidding everything. That’s how I used to be: up and down 5 pounds every single day, to the extremes. My metabolism was totally wrecked.” She makes it sound like her bulimia is in the past, but Blind Gossip explains how it ruined her marriage. Husband Jason “doesn’t want an obsession over weight to damage their young daughter’s self-esteem.” Today, the couple released a statement of divorce.

“This was an extremely difficult decision that as a woman and a mother, I have to accept as the best choice for our family,” Bethenny explained. “We have love and respect for one another and will continue to amicably co-parent our daughter who is and will always remain our first priority. This is an immensely painful and heartbreaking time for us.” Of course, Bethenny’s brand, which is centered around her life, is threatened by the imperfect divorce. We imagine that by painful she means “financially unwise” and by heartbreaking she means “Jason is breaking the heart of my brand by insisting on being honest about our relationship.” But don’t quote me! I can’t stand Bethenny–everything that she does screams insincere to me! What do you think of her not-so-sudden divorce? Was the pre-Christmas announcement timed to be forgotten in our personal holiday plans?