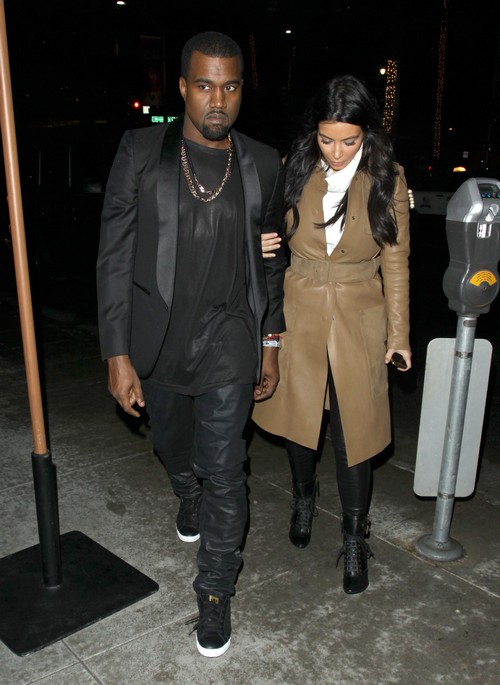 Reality Show star Kim Kardashian is pregnant.  Well, at least according to MediaTakeOut.com, Kimmie and her rapper boyfriend  Kanye West were caught outside a popular Beverly Hills OB-GYNs office, so of course speculation is there is a new little Kardashian on the way.  Say it ain’t so……

After being spotted at the office Kim  and Kanye West were then seen leaving Spago Restaurant after enjoying a romantic dinner together on December 22, 2012 in Beverly Hills, California.  Were the two celebrating good news?  Or is this just groundless speculation by the website?  Hit the comments and let us know your thoughts!