Waiting Sucks, But We have True Blood Season 6 SPOILERS! 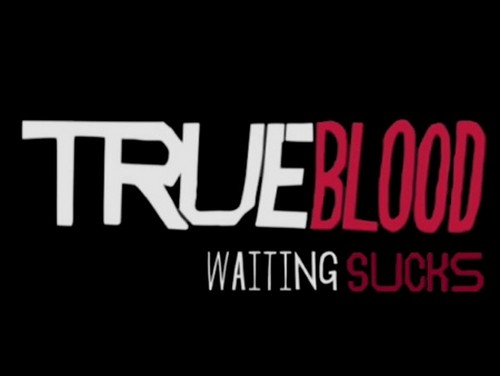 Waiting sure sucks!  Is everyone as anxious as I am for season 6 of True Blood?  Well, we managed to get our hands on some juicy tidbits to wet your appetite.

For season 6, there is a new vampire enemy coming to Bon Temps.  The new character is Louisiana Governor, Truman Burrell and he hates vampires.  He is sure to be causing some trouble for our favorites vamps.  The character is being played by Arliss Howard.

His character is being described as, “a good ol’ boy politician who has a major beef with vampires ever since his wife ran off with one, leaving him as a single father to their only daughter. Politically savvy and perhaps overly ambitious, Truman tends to let his personal aspirations overshadow his humanity.”  Arliss is going to be a regular on the show.

True Blood generally interweaves their characters so I wonder if his wife ran away with Bill or Eric.

This season Bill will be the “vampire god” and Sookie will have  anew love interest.  I wonder if the love interest will be Quinn?  In the Sookie Stackhouse book’s she hooks up with werewolf, Quinn.  I wonder who will give Bill his up-and-comings this season, maybe the new Governor of Louisiana.  We assume Bill is the new “Vampire God” because at the end of season 5 series creator, Alan Ball said, “He is still Bill but he is something different.”

Sadly Russell is not expected to return in season 6.  Alan Ball said, “He’s gone. We may see him in flashbacks, but he bit it.”  Russell will not be easy to replace.

According to more rumors the first episode of the sixth season is going to be called “Don’t Let Me Be Misunderstood.”  But that is just a rumor and True Blood has a habit of changing titles.

Waiting sure sucks, the sixth season of “True Blood” premieres in the summer of 2013.