Chris Pine The Next Christian Grey In Fifty Shades Of Grey Movie? 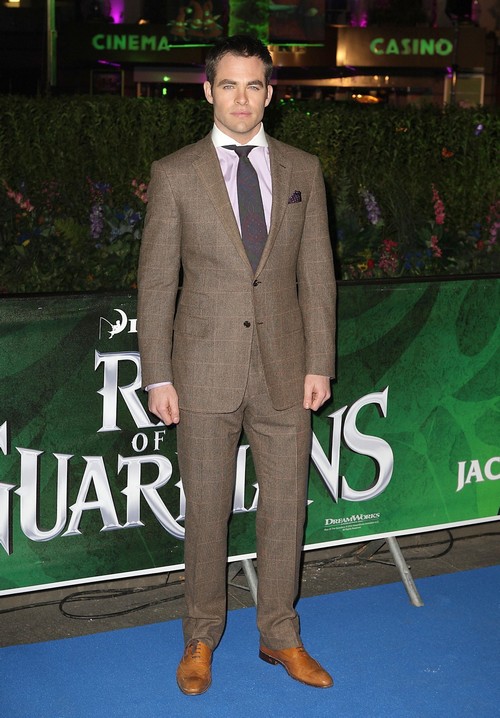 2012 has been the year of the Fifty Shades of Grey trilogy and it looks like 2013 is going to be the year when the film adaptation’s wheels will finally begin turning. We’ve her rumblings of a few actors already having meetings regarding the possibility of even being interested in portraying the arrogant, methodical Christian Grey. Some young Hollywood actors have blown off the idea, already knowing that they’d be in way over their heads if they even attempted a screen test for the role. Others are lobbying hard for the opportunity because if the movie is done right, this is the kind of role that could really launch an actor into another, higher realm of fame (think of what Edward Cullen did for Robert Pattinson).

There’s also a few actors that have had a polarized reaction to the character. They seem to like the idea but maybe aren’t sure if they have the nerve to pull it off. Hottie Chris Pine is one of those guys that has flip flopped on sliding into one of Mr. Grey’s impeccable suits. Indecision means that the actor is definitely open to the possibility and he could really pull off a great Christian Grey.

We’ve seen Chris take control as Captain Kirk in the rebooted Star Trek flicks and his movies have taken on a much more serious tone as he gets a bit older. At 32 he still can pass for the twenty-something Grey, but has grown up enough to carry himself with the necessary confidence and authority that will be necessary to successfully bring Fifty Shades to the big screen.

If Chris decided to really lose himself in the character I think the result would be a pretty hot, believable Christian Grey. If he pulled it off it would be his second film role that would likely lead to a sequel (a new Star Trek movie drops next year) and no doubt his Hollywood star would be shining a whole lot brighter!

Can you see Chris as Mr. Grey? Tell us your thoughts in the comments below