Kim Kardashian Wants to Get Lamar Odom a Stylist for Christmas 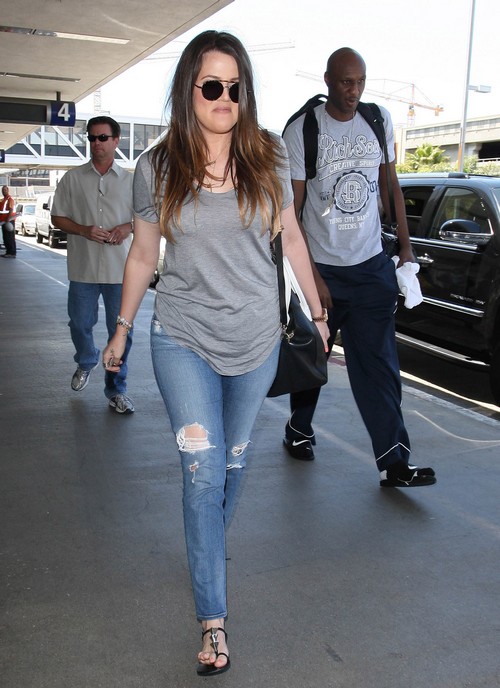 As rumors swirl about the state of Khloe Kardashian’s marriage, her sister Kim Kardashian is as much of a dingbat as ever. Khloe and Lamar Odom have experienced several low blows in the last three years, including his not playing well and being traded and her inability to get pregnant.  These things have reportedly taken a serious toll, to the point that Lamar has recently been spotted out, partying with young women minus his wedding band.

Kim, being her typical clueless self, seems to think that a major problem is Lamar’s wardrobe. While she watches her sister crumble while knowing that her marriage is hanging by a thread, Kimmie wants to buy Lamar a stylist for Christmas. Of course putting on a better appearance is her smoke and mirrors way of trying to make things better. Kim has reportedly always hated Lamar’s wardrobe and she thinks it’s time to help usher in a change.

I guess since Kanye West tossed out racks and racks of Kim’s clothes she wants to now give her brother-in-law the same kind of help. Kim says now that she’s glad Kanye forced her to upgrade her style and she’s happy to be dressing like a little less of a hoe.  I just don’t think she’s going to get very far in changing anything about Lamar though. Plus he already likes who he is so while parts of his life need tweaking, I doubt he counts his wardrobe as one of them. Besides, Khloe is a fan of his look saying, “I love his style because it’s his style. I don’t need some cookie cutter guy.”

Will Kim get her way and have the opportunity to revamp Lamar’s look? Should he try something new? Tell us your thoughts in the comments below!