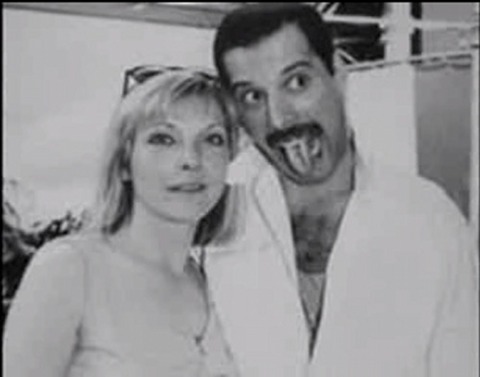 Three of the biggest names of Hollywood are fighting for the same role in a movie–so you know the drama is good! Kristen Stewart, Lady Gaga, and Katy Perry all have their eyes on the role of Mary Austin in the new Freddie Mercury biopic, which is currently untitled. The title role is being played by envelope-pusher Sacha Baron Cohen, but the role of Freddie’s best friend Mary is still up for grabs.

A source explained the drama to Star Magazine, print edition December 31, 2012. “Lady Gaga, Katy Perry, and Kristen Stewart are on the short list for Mary, who played a huge role in Freddie’s life. They all desperately want the part, and it’s getting ugly!” Behind the scenes movies have been huge over the past few years, so we aren’t surprised that these big stars want a piece of the action. Besides, the music of Queen is iconic–the role is a chance to make history.

While I think an Olivia Newton–John type (only younger, of course) would be more suited for the role, Sacha seems to think these three woman have what it takes. But just because they’re on the list doesn’t mean they have the part! “With the girls fighting like this, it’s just hurting their chances of getting the part. It’s unprofessional, and Sacha is tired of the back-and-forth–he wants to choose one of them and be done with it.” Now, we’ve seen Kristen act, so she should be nixed immediately. Unless the real life Mary Austin was as emotionless as a half-drowned jellyfish. And between Lady Gaga and Katy Perry, I have to go with Katy–she isn’t as smouldering and aggressive, perfect for the supportive BFF! Who do you think deserves the role? Taylor Swift and Mischa Barton come to mind!