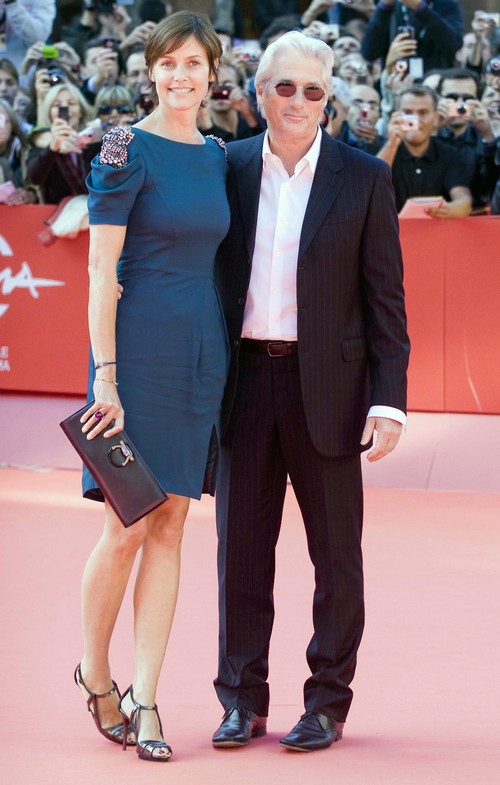 Richard Gere may have won your heart as the 20th century, less kinky Christian Grey in Pretty Woman opposite Julia Roberts, but his real life romance is hardly as perfect or enviable. He has been married to gorgeous actress Carey Lowell since 2002, and the couple even went into business together, renovating a farmhouse into a bed-and-breakfast escape. But Carey is sick of his wandering eye, and has promised to leave him if he continues to pine for other women.

A source reported to National Enquirer, print edition December 31, 2012, “Carey lives in constant fear he’ll cheat on her, and the East Hampton incident led to a huge blow up.” The couple were on Long Island at upscale restaurant Nick & Toni’s when Gere started staring down another woman. “He kept staring at this woman, and her husband seemed agitated. Then he approached their table. Without seeming to even notice anyone else there, he leaned close to her ear and tried to talk to her.” Carey, a former Bond girl, “told him point-blank that if he doesn’t stop his embarrassing flirtations, she’ll pull the plug on the marriage, and that includes taking possession of the hotel they opened.”

Of course, Gere’s team deny the entire incident, explaining the restaurant situation in a much more wife-friendly way. “Richard was with his agents and director of his film, all of whom confirmed that nothing ‘flirtatious’ happened other than Richard stopping by the table next to him to say hi due to the fact his agent said they kept looking over to him during dinner.” So in this version, Gere is the kindly actor who goes out of his way to greet fans. Which may be true. But the source insists his wife “finally demanded that he quit flirting. Richard still loves her, so he’s promised to behave.” I really think this could go either way—Gere has a ladies man reputation for a reason, and a denial statement from his PR team doesn’t prove anything. Do you think he’s stupid enough to cheat on an ex Bond girl?