Taylor Swift Might Be Preggers With Harry Styles’ Baby 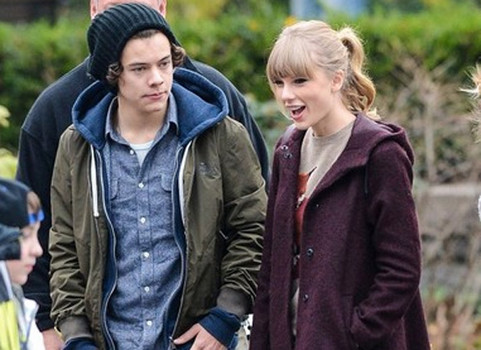 Hey, stop the press, because Taylor Swift might be preggers. No, seriously, according to several reports, Swift is as pregnant as Kate Middleton on fertility treatment. However, before you burn her CD’s (you don’t own any, do you?) the whole pregnancy rumour is actually one of the biggest hoaxes since the Mayan doom prophecies. Hear us out and you might learn something in the process.

Haylor – Harry Styles and Swift’s collective portmanteau – were spotted at a Utah ski trip recently, steaming it up in a love tub, and getting their kink on for curious onlookers. A fan in Utah tweeted, “[Harry] was holding hands with tswift. I saw him first in hot tub outside my condo then on the streets in downtown but I was in a bus.” Before you pop your brain and drool in the snow, Swift is not pregnant. We repeat, Taylor Swift is not pregnant. The hot tub alone should be a very telling sign that she doesn’t have a bun in the oven – pregnant women aren’t allowed to be in a bath tub. Also, Styles wears condoms… And yes, we know condoms are not completely fool proof, but condoms do bring down the chances of pregnancy by about 90%. Harry recently said, “I would never risk not wearing a condom, it’s too much of a risk. If you’re not ready for a child, then don’t risk it.”

We’d like to take a moment to congratulate hellish gossip rags on their utter idiocy. People might want Swift to be pregnant, but the chances of that happening are as about as much as Santa Claus arriving at your door and terrifying your children with his beady blue eyes. Who even says they’re having sex? Hmm?

What do you think? Do you think Swift will be pregnant anytime in the near future? We doubt it, but give us your opinion in the comments below.