Jessica Simpson Confirms (What We’ve All Known)… Her Second Pregnancy 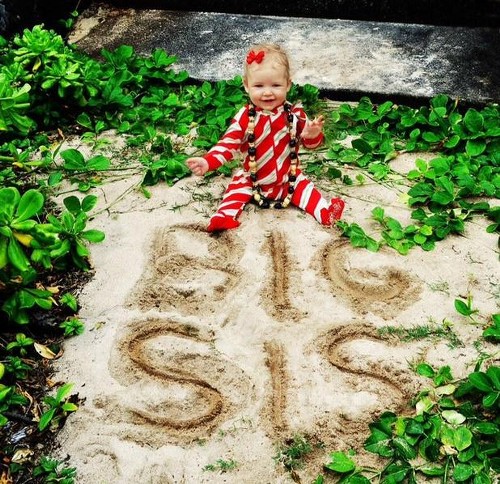 Was she expecting a million dollar deal for the announcement or something? Ridiculous. Jessica Simpson has finally admitted that she is expecting her second child by posting a picture of her daughter, Maxwell Drew Johnson, with the words ‘BIG SISTER’ in front of her. The photograph was posted yesterday on the singer’s official Twitter page.

But here’s our question: what will WeightWatchers make of this? We had seen the Fashion Police trying to slim down tremendously after signing a $5 million deal with the weight-losing company to show everyone how quick she could get back in shape. Maybe she knew she couldn’t do it and therefore decided to just carry another baby, hoping that she could postpone the post-pregnancy weight loss after her second child.

“Merry Christmas from my family to yours,” Simpson wrote on her official Twitter page. It was first reported Jessica was pregnant with baby number 2 in November, but no official confirmation was ever given until now. To avoid answering the question, Jessica has been seen wearing all-black outfits whenever she left her home in Los Angeles, but we kinda got the hint.

Simpson and fiance Eric Johnson welcomed Maxwell to the world in May of this year.