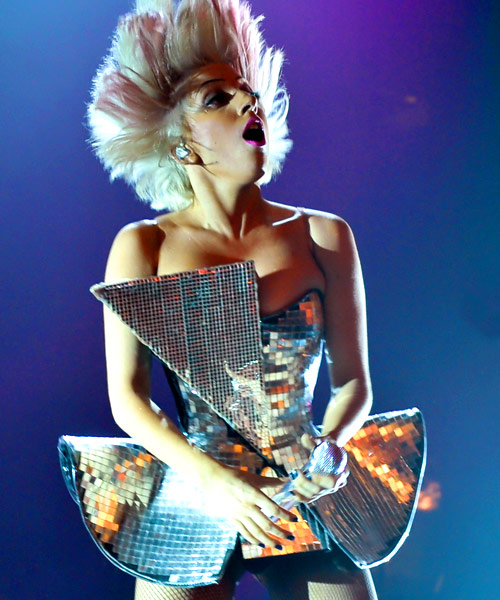 Lady Gaga is pulling out all her tricks to promote her next album, ARTPOP. The pop star has announced plans to team up with her dear friend, Terry Richardson – who has worked with the singer on several projects in the past – to film Gaga’s first film. It is supposed to feature the Mother Monster’s journey to stardom, how the forthcoming album came across and also have fans be part of it.

Though it has not been said whether or not this film will be in theaters, we’re going to assume that it is, and here’s why: Justin Bieber, Katy Perry, Miley Cyrus and The Jonas Brothers have had extremely successful documentary/concert footage shown in cinemas, so if Gaga was to do the same, it’s most likely going to succeed, however it’s very unoriginal to do what everyone else has been doing. Hmm.

“Merry Christmas little monsters!” GaGa wrote on Christmas Day. “Terry Richardson @Terry_World is making a #LadyGagaMOVIE documenting my life, the creation of [new album] ARTPOP + you! Thank you for being so patient waiting for my new album ARTPOP, I hope this gets u excited for things to come. I love you with all my heart!”

Gaga goes on to praise Terry, who she says has been one of her idols for a very long time. She added: “I love you @Terry_World thank you for believing in me and my fans, I have looked up to you and your work for so long, it’s a dream come true!”

A release date for her next album is yet to be announced.