Report: Britney Spears Cheated on Kevin Federline With His Brother and Had A Child With Him 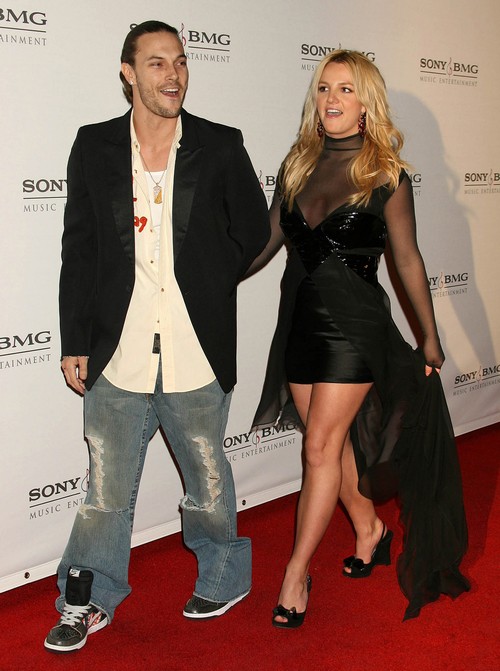 I love how celebrities try so hard to keep the nitty gritty details of their lives under wraps until it eventually catches up with them in a really public way. Britney Spears appears to be coming to about as close to a comeback as she’ll ever get. I think by now we’ve all kind of accepted that Brit Brit just isn’t ever going to be that bubbly pop princess that we all fell in love with. She’s stable but her doctors and handlers seem to have her popping a lot of little pills to keep her that way. The meds have helped but they’ve also stripped away that fresh, in-the-moment personality that carried Britney through the first few years of her career.

Now we see a pretty pulled together looking star that holds has held her own as a judge and mentor each week on The X-Factor. Things have looked good for her, until last week when Christopher Federline, her ex-hubby Kevin Federaline‘s brother, filed a restraining order against Britney. According to the National Enquirer Chris is claiming that Britney recently stole his credit card and charged a bunch of stuff for her sons, Sean Preston and Jayden. Then, to make things worse she supposedly tried to bribe him to stay quiet, threatening to drop a bombshell on Kevin if Chris went to the police. That bombshell? That Sean Preston is the result of a fling that Britney had with Chris!

All of this came out in his court filing on Dec. 18th and I’m not sure how much of this I can believe. Why on earth would Britney- who is worth an estimated 200 million dollars- steal anything from Chris? That just sounds really off the wall to me. As for him being Sean Preston’s real daddy, well, stranger things have happened. How much of this are you buying? Is Brit Brit a flithy rich closet klepto? More importantly, did she name the wrong Federline as her baby daddy? Tell us your thoughts in the comments below!