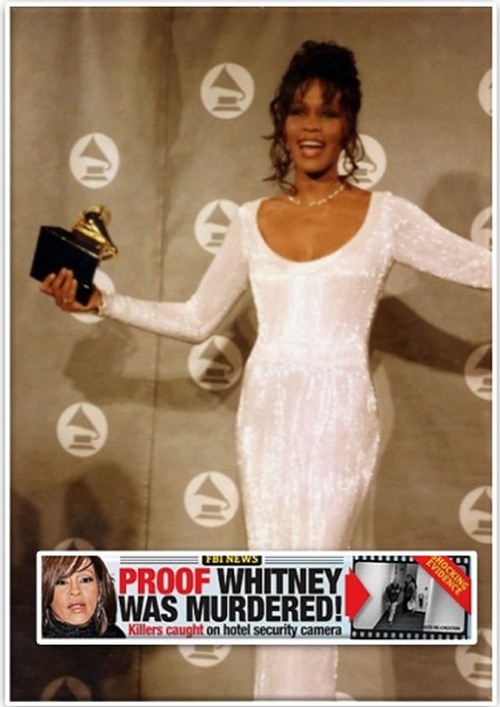 Was Whitney Houston murdered?  Well, Yes, according to this week’s issue of The National Enquirer.  A famous Hollywood private investigator, Paul Huebl is adamant that he has unequivocal video evidence proving that the late diva was murdered.

According to Paul she was murdered is based on hotel surveillance video supposedly showing unknown men showing up to her Beverly Hills Hilton hotel.  The PI claims that Whitney was the victim of drug dealers and that her drug debt had reached a shocking $1.5 million.  Apparently, the high powered drug lord sent his lackeys in to clear her debt by killing her in her hotel room.

What do you think, do you believe Whitney Houston was murdered or was she just a victim of her own addiction?