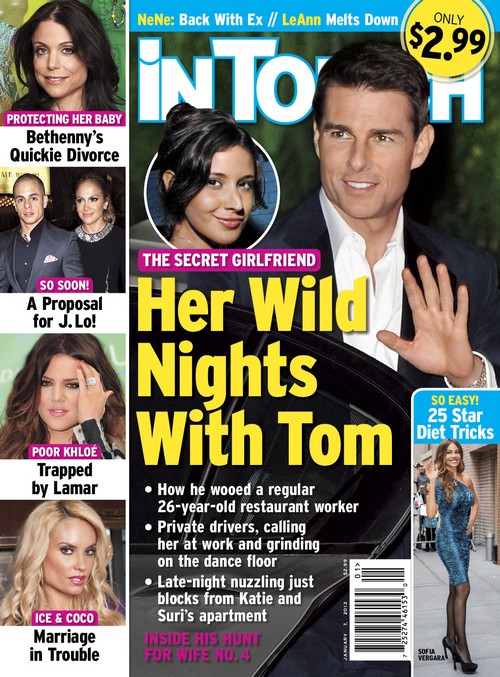 Tom Cruise is on the hunt for wife number four and he already has a candidate.  This one fell right in his lap!  It seems Tom was in NYC Lower East Side at hotspot Beauty & Essex when the Manager, Cynthia Jorge slipped him her card.

Well Tom was excited that 26-year-old Cynthia would be interested in him and he made sure to track her down and arrange a date.  The two finally hooked up and according to insiders for In Touch, “Less than 24 hours later, the duo — along with some friends — met up at Le Baron, where Cynthia huddled with Tom in a booth when he wasn’t pulling her out on the dance floor. “They did the salsa. He took her in his arms and spun her around the dance floor.  Tom looked like a pro.”

According to patrons at the club Tom and Cynthia were bumping and grinding against each other – yuck.  Insiders report, “He was mesmerized by Cynthia.”  Next step for Cynthia is Scientology lessons….

Tom made sure to show Cynthia what she could expect as one of Tom’s girlfriends and he put on the charm and had a driver and private car waiting to take her home after their date.

Dying to find out all the details of Tom and his new victim? Pick up the current issue of In Touch on stands right now!