Kim Kardashian Pregnant and Being Treated for Acute Morning Sickness 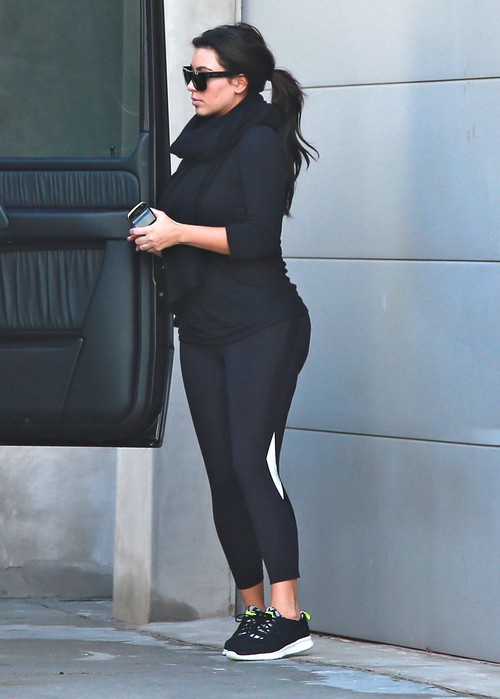 It looks like that big rumor about Kim Kardashian being pregnant is one of the worst kept secrets in Hollywood right now.  Aside from the obvious weight gain a doctor was reportedly called out to her home last night to treat her acute morning sickness! Apparently all that festive holiday food is doing Kimmie a bit of good because she has been sick as a dog. Media Take out was the first to report the news of her doctor’s visit but you better believe this story is going to gain even more momentum now.

Since she’s Kris Jenner’s daughter and we all know how Kris likes to use her kids lives to keep raking in the big television bucks, I’m thinking an official announcement will come once the ink is dry on a new season of one of their E! Reality shows. No doubt a spin off is already in the works for Kim and Kanye West, her current boyfriend.

Do you think Kanye wants a family as much as Kim has talked about wanting babies? Will he be hands on when it comes to parenting or is he just going to ultimately end up her baby daddy?  Do you think that Kim’s having a baby right now is even a good idea? Maybe she’s thinking that since she can’t seem to get marriage right she should just hop onto having a baby first instead, not realizing how hard it is to be a single mom even in the best of circumstances. I just have a hard time imagining that Kim can be selfless enough to be a good mother. Unfortunately, I see her baby being raised by nannies except when she takes it out in public as if it’s an accessory.