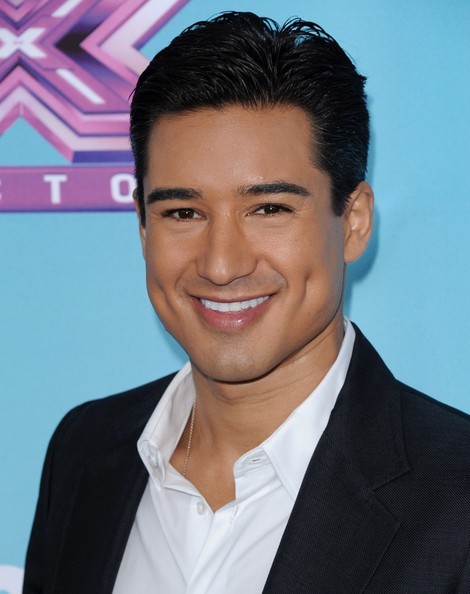 Ugh – don’t beg Simon Cowell, he’ll make you look like his pet when you do that! Mario Lopez is hoping that his contract as a host on X Factor is renewed for next year’s third series after having an incredible time alongside Khloe Kardashian throughout this year’s season. The 39-year old who is very experienced at his hosting gigs – seeing that he works on Extra – has said that time flew by while he was working for Simon, but he hopes that he will be accepted back in 2013.

Note that LA Reid has already said he will be leaving the show so that he can focus on his record label, Epic Records, while Demi Lovato is the only judge who is most likely to come back for another season since she attracts the teenage demographic, while Britney.. well.. she really doesn’t do anything. We’re hearing that producers are looking for a replacement for her seat, too — they are not wiling to pay $15 million for her to tell everyone how “amazing” they are.

Lopez tells Life & Style: ”I would love to [come back]. I had a great time this season. It was awesome. It went by really quick. I’ve been campaigning for my girl Fergie from the Black Eyed Peas. I think she would be awesome. We’ve been friends for a long time and I think she’s talented and I think she’d be an awesome judge/mentor. She’s cool and hip and I think the kids would really respond to her and like her.”

So, Mario really does have to worry about his job role because the way that show has been going, you are in one minute and then out the next. Paula Abdul, Nicole Scherzinger and Steve Jones were the three who were axed from the first series, so we can’t wait to see how many will be forced to leave this time around. An official announcement will be made by March.