Matt Lauer Is Being Abused By Fans 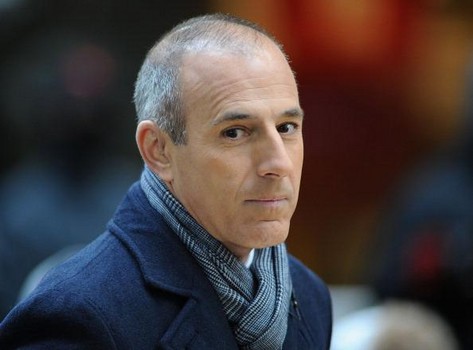 It’s a fact that Matt Lauer had a crappy 2012. With only a few days to go before the calendar flips and we welcome in 2013 with Tequila shots and wind-drooling, there’s not another person on the planet who is more excited to see 2012 come to a deafening close as much as Lauer. According to several reports, Lauer went from most-loved to most-hated within a matter of months. In late-2012, Lauer was blamed for getting rid of Ann Curry on The Today Show and for the horrible ratings on the popular television production. Now, according to TMZ, Lauer is a miserable little man who faces constant public scrutiny after his annus horribilis.

Fans of The Today Show have made Lauer the archetypal villain and blame him for inadvertently causing the whole Curry-departure to be a bit of a blow-up. According to the source, Lauer constantly feels “abused” by the harassment of the angry fans. Allegedly, people hurl insults at him in the streets, saying such things as, “You’re a bad guy! You got Ann fired! Does that make you happy?” No, crazy fans, it doesn’t make the poor little man happy! A network source explained, “It’s driving him crazy. He’s so unhappy.”

Lauer denies any involvement in the dismissal of Curry, but sources and industry insiders claim that he only signed a $25 million contract for 2013 because he knew of Curry’s imminent departure. There have been rumours that Lauer’s switch to infamy is causing the ratings to dip lower than ever before, but he won’t necessarily be fired from his job.

He is secure in his position – until someone breaks a rotten egg on his eye.

What do you think Hollywood Hiccup readers? Do you think Lauer will be leaving soon? Do you think he should be blamed? Let us know your thoughts in the comments below.