Rihanna and Karrueche Tran Are Fighting Over Chris Brown… On Twitter 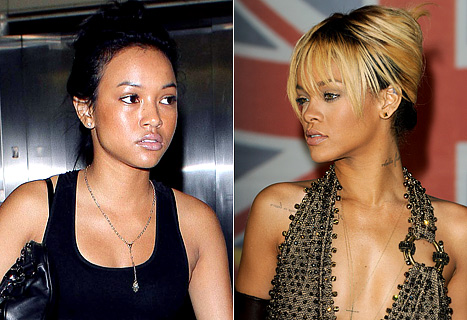 Rihanna and Karrueche Tran are both supposedly fighting over Chris Brown. The two hate each other so much that they try and do things in public that will get the other person’s attention — example, they go out with Chris where a lot of photographers so that the other one can get jealous. How pathetic is that?

As you may already know, Rihanna spent her evening with Brown on Tuesday at the Staples Center as they watched a Lakers game while Kaurrche was nowhere to be seen. According to reports, Rihanna picked to sit front row with the singer so that it would get under Tran’s skin and have her fuming. She has every reason to be since she was sleeping with him just two weeks ago in Paris.. allegedly.

A source says: “Rihanna and Karrueche are really fighting over Chris and have been sending each other coded messages online for weeks. They hate each other but Chris seems content to carry on with them at the same time. They were competing over Christmas to send Chris the most loved-up messages possible. Rihanna may have got Chris on Christmas Day but he sees no reason not to see Karrueche too.”

Rihanna will be spending New Year’s Eve in the States so there is no way Chris will be able to get to Karrueche any time soon. However we’re more than positive that Chris will be going back and forth to both of these two girls. We’ll just have to wait and see for now.