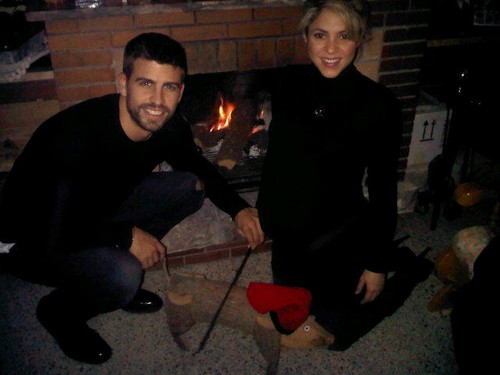 Which means, “Our son has already born! We are very happy! Thank you all for your messages!”  Colombian singer Shakira announced in September 2012 that the two were expecting their first child together on Facebook.  Shakira also announced she was putting all her professional obligations on hold.

She said, “Gerard and I are very happy awaiting the arrival of our first baby! At this time, we have decided to give priority to this unique moment in our lives and postpone all the promotional activities planned over the next few days.”

Congrats to Shakira and Gerard on the arrival of their new son!