The Bloodbath Begins: Britney Spears Will Be Fired From The X Factor USA 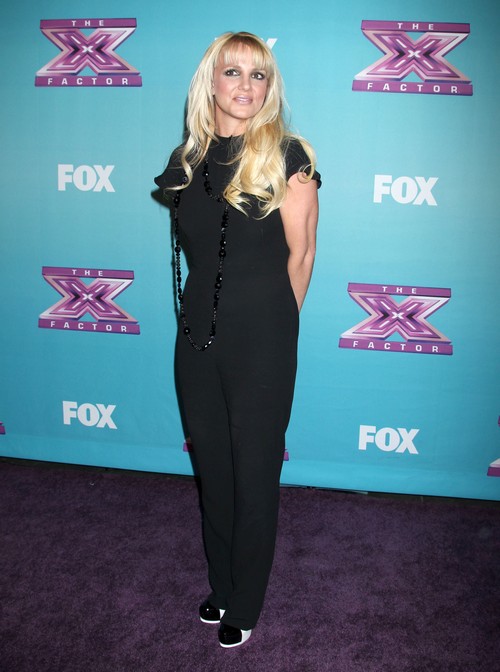 It looks like Britney Spears’ gig as a judge/mentor on The X Factor is already a wrap. She joined the show back in May and recently wrapped up the show’s second season on December 20th when Tate Stevens won the five million dollar recording contract.  Producers thought Britney would be a great addition because she is kind of a wild card and apparently they were hoping she’d bring a little bit of crazy to the judges table. Instead she has been very reserved and her comments have been pretty controlled and kept to a minimum. Either people are “amazing” or they “aren’t very good”.

Simplistic comments like those mean that producers don’t feel that Brit has earned that 15 million dollar payout that she grabbed when she signed on the dotted line last spring.  According to US Magazine, an insider says that “Britney will get the boot.” and apparently Simon Cowell is pushing the hardest to fire her. The insider also says that while Simon has publicly applauded Britney’s job on the show he is privately disappointed that she has held herself together so well.  It sounds like he was hoping to be sitting next to crazy because it provides better banter (think Paula Abdul on American Idol) and instead he is bored with Brit.

I have to admit, I would kind of forget that she was even there until it was her turn to say something. She certainly hasn’t stood out and proven herself to be an integral part of the show and now it’s going to cost her.  Will you be sad to see Britney go or do you think that her seat should be given to someone with a bit more personality and wisdom? Tell us your thoughts in the comments below!