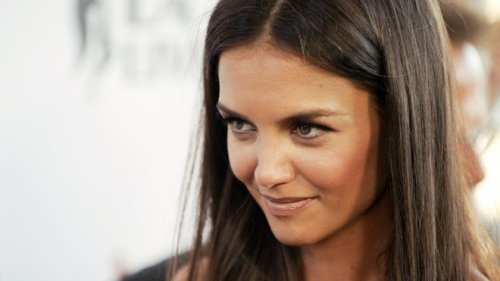 2012 has not been a great year for Katie Holmes. True, she managed the coup de grace in her divorce with Tom Cruise by flying the coop with daughter Suri Cruise and serving her hubby with divorce papers she’d prepped on the sly. It was an escape from Scientology and her controlling hubby that rivaled Andy’s escape from Shawshank prison, but now it seems maybe the grass wasn’t as green on the other side of her gilded cage!

Katie set herself up a shiny new life in New York City with her darling daughter and embarked on a second go at the Great White Way, landing a role in Broadway’s Dead Accounts. But now, her play has flopped – and is closing a full seven weeks early – and she’s got little work in the pipeline.

In stark contrast, Tom’s got hit Jack Reacher that just opened plus four more blockbusters in the queue. He’s also the hottest bachelor wherever he goes. Every time we turn around, Tom’s partying with a bevy of hot young ladies, dancing, wining and dining. Meanwhile, Katie’s life is school lunches, homework and after-school activities with Suri. It would be enough for most women, but if you’re Katie Holmes, accustomed to jet-setting and a bottomless expense account from your uber-wealthy movie star hubby, it may seem dull by comparison. 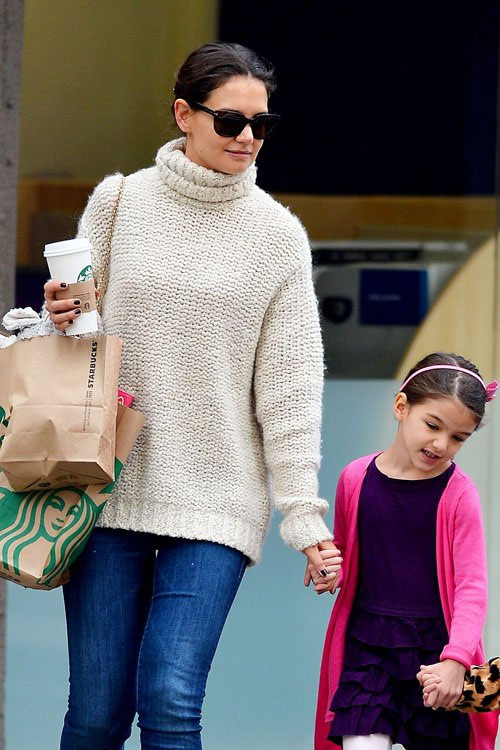 The demise of her Broadway hopes may have hit Katie hard and rumors that Tom may have helped her play flop can’t be sitting well with her. The Guardian newspaper reported that ticket scalpers may have been paid to lurk around the Music Box Theatre, where Katie’s play was staged, and were giving away free tickets to other popular Broadway shows. This may seem far-fetched, but with nearly bottomless pockets, it’s not financially improbable that Tom could have arranged this. The Church of Scientology has conspired much more dramatic plots than this against those it considers suppressive persons and post-divorce, I’m sure Katie is SP #1 in the church’s books!

The National Enquirer is reporting that Katie’s been screaming at her ex-hubby during crying jags because “the 34-year-old single mom has no man, no close friends and no big Hollywood roles in the pipeline… Meanwhile, her ex-hubby seems to be sitting on top of the world!” The insider also told the tabloid, “In a matter of months, sweet, outgoing Katie has turned into a frail, bitter, resentful woman. Katie expected that her divorce would be like a rebirth. But it’s beginning to feel more like a death sentence.“

Wow! If that was true, it’s pretty interesting. And the Enquirer gets it right plenty of times – John Edwards’ love child, anyone? As controlling a husband as Tom Cruise was rumored to be, I can’t imagine he’d be any easier to deal with as an ex-hubby. Katie also walked away with little money in the settlement, so her comparatively diminished circumstances may also be chafing.

Of course, raging at your ex-husband is de rigueur when most marriages end, so this part may not be surprising. And it’s usually the wife who finds her lifestyle crimped by increased child responsibilities while the husband moves on to fast cars and younger, faster women… So in those respects, Tom and Katie may be more normal than ever!