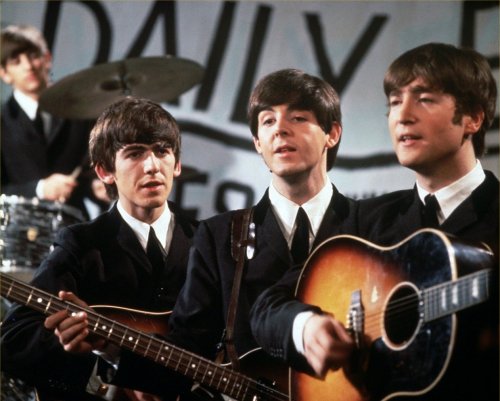 Over the past three decades, the name Yoko Ono has become synonymous with a woman breaking up a band. But now, all these many years later, Yoko Ono, Paul McCartney and other sources close to The Beatles are finally opening up about what broke up the iconic band and crushed fans all around the world. Ono told Rolling Stone magazine that all four of The Fab Four were “getting very independent.” Ono added: “John, in fact, was not the first who wanted to leave the Beatles… Ringo… came to John and me and said he wanted to leave. George was next, and then John.“

But here’s where it gets interesting. Ono said that, “Paul was the only one trying to hold the Beatles together. But the other three thought Paul would hold the Beatles together as his band. They were getting to be like Paul’s band, which they didn’t like.” Aha! So it sounds like McCartney wanted to make The Beatles into something more like Paul McCartney and Wings (if you remember his follow-up band from back in the day.) Seem like Sir Paul wanted The Beatles to become his back-up band. No wonder the other three walked away!

Paul doesn’t take credit for the break-up of the most popular band in history, but a couple of months ago he did finally say Yoko wasn’t responsible for breaking up The Beatles. Wow Paul! Way to rush to her defense thirty years on… Classy. If she truly didn’t have anything to do with the split, why would he sit back and let her take the heat all these years? Is he that big of an ass? Maybe – especially if he was stinging because the band was willing to break up rather than become merely back-up singers for McCartney. 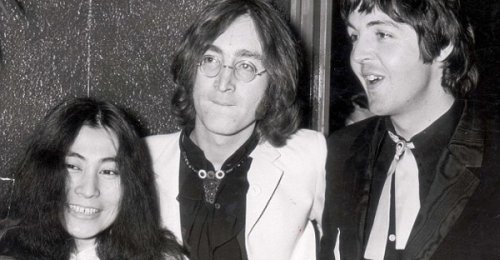 In an interview with David Frost, Paul said, “She certainly didn’t break the group up, the group was breaking up.” He did say in the interview that it wasn’t always easy having Ono with them all the time, but also credits her with Lennon’s success in writing mega-hits such as Imagine. McCartney told Frost, “I don’t think he would have done that without Yoko.“

What’s interesting is that the interview between Ono and music industry insider Joe Smith (on behalf of Rolling Stone) was conducted back in 1987, but is only now being released as part of a series of Library of Congress recordings. The entire interview (in two parts) between Smith and Ono can be listened to here for free.

In the interview, Smith said he and others in the industry never wanted a Beatles reunion in case they came back as less than they were in their heyday. Ono added: “You can’t have it both ways. If you’re going to blame me for breaking the Beatles up, you should be thankful that I made them into myth rather than a crumbling group” but then said outright “I did not break up the Beatles.“

This is interesting news although it’s decades beyond the drama in question. Perhaps like losing Marilyn Monroe and James Dean in their prime, the demise of The Beatles has left us forever with memories of the band at their peak with nothing to tarnish those memories.